Escaping “the box” of familiarity

The Walking Dead season five premiere left audiences yearning for more; therefore, slashing walkers and ripping the hearts out of fans across the nation. 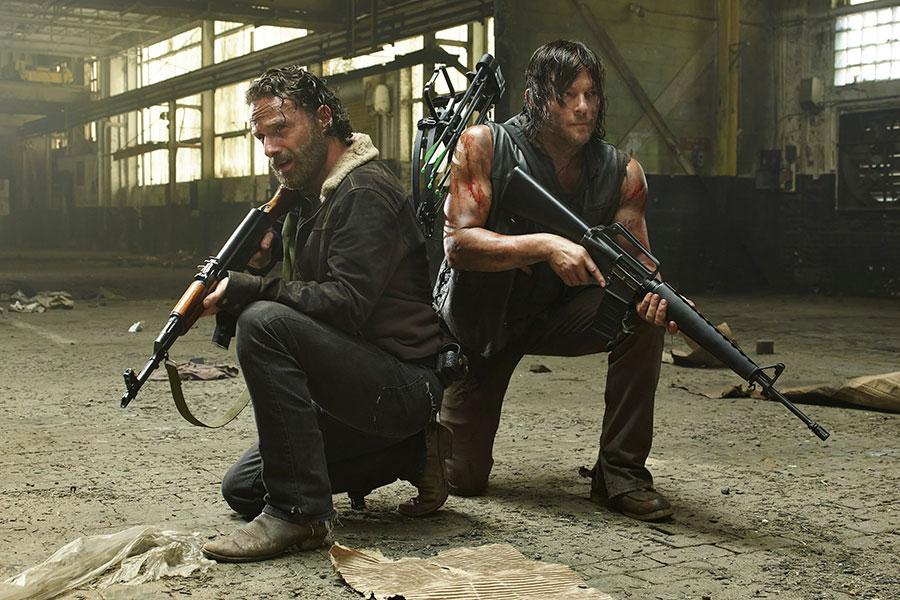 The season five debut of "The Walking Dead" broke cable viewing records as the return of the hit series drew in more than 17 million viewers, making it the most viewed cable TV show in history.

AMC’s hit TV series, “The Walking Dead” season five premiered on Oct. 12 with an audience of 17.3M. The zombie apocalypse series left off season four with the crew split up and headed for Terminus (a place of sanctuary). Terminus was everything except sanctuary as the crew was imprisoned into a box car ending the series with Rick’s famous line, “They’re screwing with the wrong people.” Rick’s taste for revenge left audiences desperate for the season five premiere.

Many fans have complained that season four was dragged out and didn’t have enough action. Although I agree with this statement, the slowness of season four captured the depth of the characters and the rawness of survival and isolation. The season five premiere showed the escape out of their imprisonment and literally out of the box of familiarity. The premiere was by far the best and most action-packed season premiere of “The Walking Dead,” next to the show’s pilot. I was on the edge of my seat, curious how and when they would escape, and where they would travel to next. There are rumors that the crew will travel to Washington D.C. to find a cure, and I believe that they will, since AMC has renewed the show for another season.

Not only was the premiere action packed with exploding zombies and an abundance of gunfire, but the thrill and gore was also unique compared to other episodes. One scene in particular made me think of WWII and the attempted genocide of the jews. Rick and others were about to be executed by two Terminus butchers as they slit the throat of four strangers, with blood spewing into a trough. The butchers were killing them one-by-one without the blink of an eye. Although this scene and others were gruesome and somewhat disturbing, the purpose of it truly captured the brutality of mankind and the apocalypse.

Watch “The Walking Dead” Sunday nights at 9/8c on AMC.