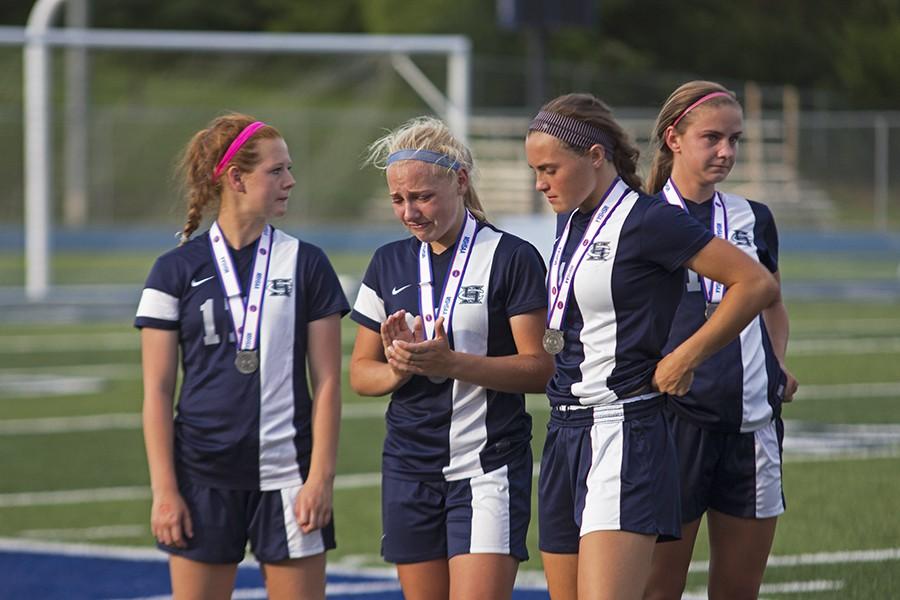 The girls soccer team played its final game in Blue Springs, Mo., against St. Teresa’s on June 6, which ended in a defeat in the Class 4 state title game, 6-1.

Throughout the game, the Spartans battled the 90 degree temperatures on the field, pushing every step of the way. The game ended in the Spartans being defeated at 6-1, earning them a second place title, the best finish in school history. Freshman Bailey Beeler scored the lone goal for the Spartans, who ended the season with a 24-3 record.