Music with a Message 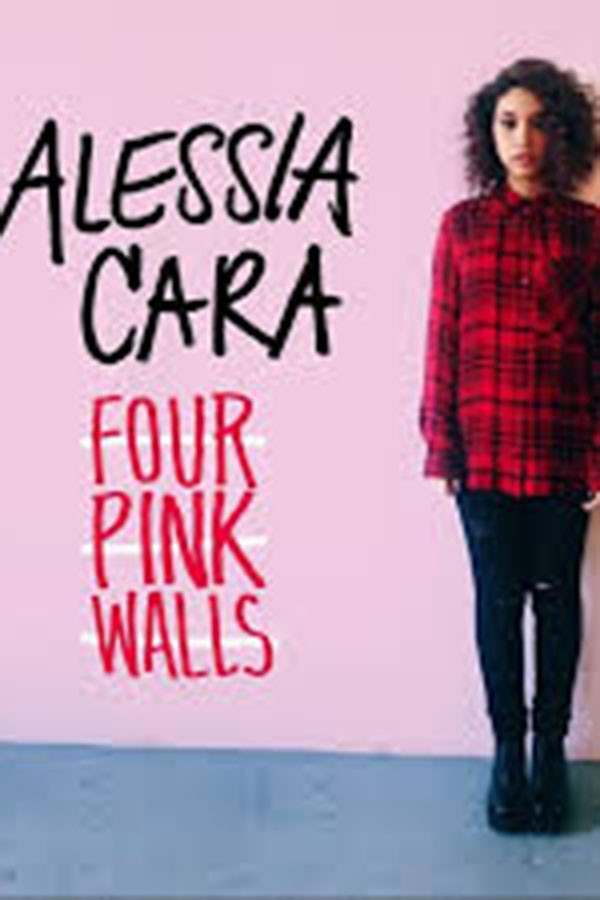 I would like to say I hadn’t listened to Alessia Cara until I was assigned this review, and although she is a bit too poppy for my liking in some songs, but I really enjoy the message in her songs, and she has some nice musical aspects to some songs on the album. I really enjoy the chill bluesy atmosphere with her songs, and I feel like she blends both pop and blues which is something you don’t see everyday. The album consists of 5 songs, “Seventeen”, a song with genius lyrics and wordplay, about growing up too fast, “Here” a song about regretting going to a party,“Outlaws” a song about sticking by someone’s side no matter what, “I’m Yours” a song about falling for someone, and “Four Pink Walls” a song about her journey in the music business. In my opinion the best songs on the album are “Here” and “Four Pink Walls”

The song “Here” on her album is a song about her going to a party, even though she didn’t want to, but she decided to go anyways because it’s what everyone else does, and all of her friends are there. But once getting to the party she remembers exactly why she avoids these parties and situations in the first place, because she ridiculous and uncomfortable, and not her style. Alessia keeps a message in the song that she regrets going, and she would’ve rather stayed home with her friends, doing things that make her happy, and where she isn’t pressured and uncomfortable.

Basically the song bashes society, and how kids are consumed with partying and drugs and sex now-a-days, and I can not describe to you enough how much I love this approach, as I feel we do not see it enough. I think kids are growing up forgetting that there are things in life that actually matter other than, who has the hottest boyfriend, and who can smoke the most weed, and it’s sickening, in my opinion. Of course, everyone is entitled to live their life however they please, but this is how I see it.

There is so much more to life than sex and partying, and in my opinion Alessia take a bold step in being one of the few artist now-a-days to remind us of that. When she says “But honestly I’d rather be somewhere with my people we can kick it and just listen to some music with the message (like we usually do) and we’ll discuss our big dreams, how we plan to take over the planet.” I love this lyric for numerous reasons, for one when she says “listen to some music with a message”, I feel this captures the entire meaning of the song. That even within music, today in society and pop culture, nothing has any meaning anymore, and here she addresses that, and I think that is truly beautiful. She is using her music to express that she feels music should have more meaning, and to me that is what music is about. The same is applicable to life, there is so much more to life, and I feel it should be used and spent doing things with so much more potential and meaning than partying and drugs.

Long story short I feel like this song should mean just as much to everyone else as it does me, honestly people should take more notice to these types of songs. Songs with actual meaning, reminding us that not everyone likes to party, and that there is more to life than what we all seem to view it as these days. I think this song is beautiful, and refreshing, as she, in my opinion, addresses current and relevant topics in society, and put it to a rad beat.

The song Four Pink Walls is just pretty rad for anyone with an appreciation for music itself, and how it is composed and put together, and everything that goes into writing a song. First of all I just really enjoy the bluesy-ness about the song, and towards the end of the song she almost starts rapping which is unique and I think it is really cool.

Essentially I feel that this song is about her journey in the music business, how she was once looking for more meaning, or a purpose in life. She wanted change or something bigger, “let the bass buzz into my brain” I feel she used music to do this. “Then the universe aligned, with what I had in mind. Who knew there was a life behind those four pink walls?”, this to me is her finally realizing her dreams, and making it somewhere in the music industry, and she is finally seeing everything fall into place, and she is able to make change through her music. “Used to sit and watch paint dry, amazed by the limelight”, now she is finally looking back at it all and she reflects about how she used to be and how she has gotten to where she is now, and to me this song is her realizing that she has come so far in her life.

To me I think it is really cool, as she took the time to really sit back and realize how lucky she is to have everything fall into place, and I think it is very relatable to look at things you have accomplished and be in complete and utter awe, “Lied awake at night while my head wandered, and I wondered why things weren’t different everything shifted overnight went from ‘when boredom strikes’ to ‘ms. star on the rise’”. To me this song is beautiful only because she seems really grateful for what he has experienced, and is looking into the future, into what else she can do, which shows me she is truly passionate about her music and what she does with it.

Basically I think Alessia Cara is wiser than her years, in just her attitude on life, herself and success. Props to her, not enough people out there doing what she’s doing; music with a message.