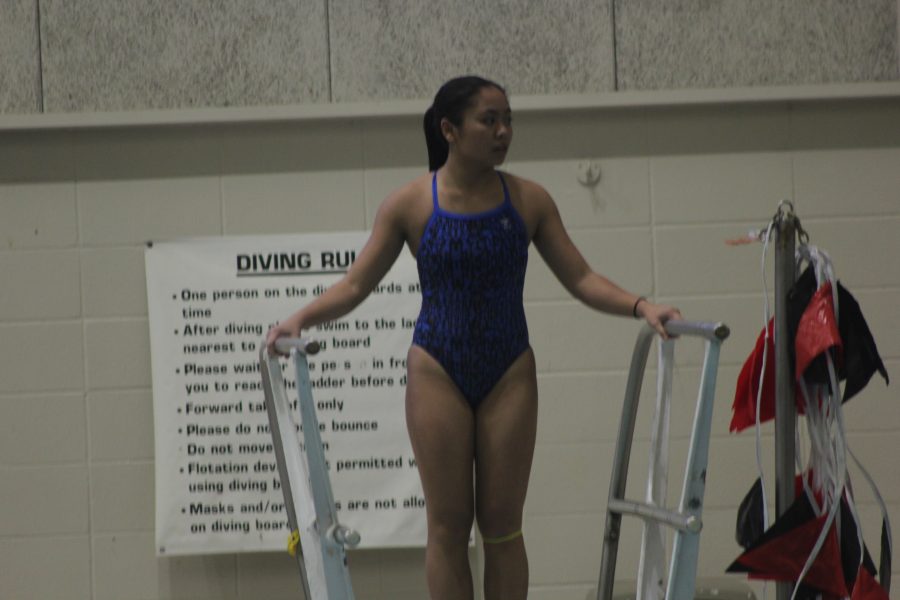 Dropping off time is the goal this season for many girls’ swimmers, including juniors Jensen Schetter and Elizabeth Skelly. Shedding those few seconds can mean the difference between placing in the top three and not placing in an event at all.

Senior Nicole Webb has shaved 14 seconds off of her time in the 100 butterfly and is also seeing how the team in its entirety can improve.

“As a team, I think that we realize that we need to be more uplifting and encouraging towards each other. We always try to rally each other during our relays,” said Webb.

Skelly has the same idea about the team needing to encourage each other more and make improvements to herself and the team.

“For me, it would be building up endurance because I need to drop time. As a team, I think getting everyone to believe in themselves and care about the team,” said Skelly.

Webb is new to the team this year, and it’s her first time on a swim team. While Skelly isn’t new to the team and knew that endurance is part of it, Webb is realizing that in swimming, endurance means something a little different.

“I really do enjoy it and I’m super glad I took the risk and joined it,” said Webb. “Swimming is super different compared to other sports I’ve done, like soccer, endurance wise.”

The team has a specific practice regiment that they stick to so they can focus on the skills they need to work on.

“Once a week, we will have a stroke night and then a relay night. We work on different areas and different things that we are going to do at the meet. We’ll start with dry land and then we’ll go into the swimming part,” said Webb.

Schetter says the team has a tailored practice night so each member can individually work on what they need to improve on.

“On stroke night, we each get into our individual lanes and work on the stroke we’re swimming for the meet,” said Schetter.

With this meet only being the second of the season, the team is still hopeful and optimistic for the rest of the season.

“I think it will go uphill from here because we have a lot of new people and we’re really starting to mesh together, so hopefully it goes well,” said Webb.