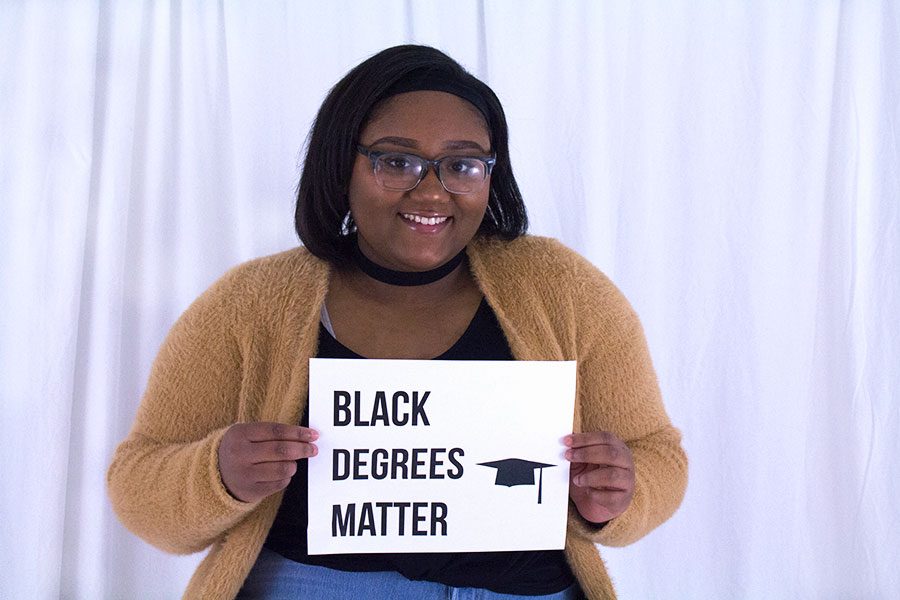 Looking for equality in three aspects

I believe equality is possible, but it isn’t there to its fullest potential. Equality isn’t just sharing an exact amount of cookies to your friends so it’s fair, it’s deeper than that. Equality is when everyone is able to pursue what they believe in despite their skin color, race, differences, etc. Equality to me is viewed in three different aspects: opportunities, respect, and the 1st amendment.

Before I came to FHC, I was living in a one-sided world. There wasn’t any diversity and everyone had the same belief of how society viewed us: criminals, ghetto, and uneducated; and how we viewed society: corrupt, unfair, and racist. When I was offered the opportunity to see a new side of the world in my freshman year, I was nervous, but I tackled the challenge head on. Now that I’m a senior, I felt like this was the best choice for me. I felt realized poor, black communities didn’t have that many accessible sources in order to succeed. If I stayed at Normandy, I knew I wouldn’t have been offered the chance to job shadow Kurt Bahr, hold top leadership positions in Missouri’s Youth in Government, and more. I believe everyone should have the chance to thrive without having to wake up at 5 a.m. every morning to commute more than 40 minutes to receive a better education and a life.

I view equality as in respect. Yes, I was blessed with opportunities at FHC, but then I experienced the true meaning of being prejudice vs. racist. When the community had town hall meetings over the summer to discuss Normandy kids transferring, it made me feel uncomfortable to hear the parents speaking about children that way. They didn’t take it into account that students were transferring for a better education. During my 1st months at Central, I was faced with prejudice comments or just hearing racial slurs directly to other Normandy students. I would often hear, “Oh, I would have never guessed you were from Normandy. You don’t act or look like one” or, “You’re smarter than me and you’re from Normandy.” These sayings triggered me, and in addition, the constant “Normandy kids” newspaper articles and interviews wasn’t making the situation any better. I believe that there are ignorant people in all shapes and sizes, but I shouldn’t let them ruin my happiness or make me feel uncomfortable at a place I should call home.

My view of equality is the 1st amendment. In 2017, there shouldn’t be any Black Lives Matter or Women’s Rights marches. Today, minorities are still oppressed and fighting for their basic rights given in the first amendment. I believe that students shouldn’t have to attend summits like Gateway 2 Change in order to settle racial tensions and diversify business or the NAACP should have had to intervene in Trayvon Martin or Michael Brown’s court case. I believe people should be guaranteed their rights without having to fight for them. This goal can be achieved if stereotypes and racism wasn’t taught and if people learn how to keep an open mind and explore different things.