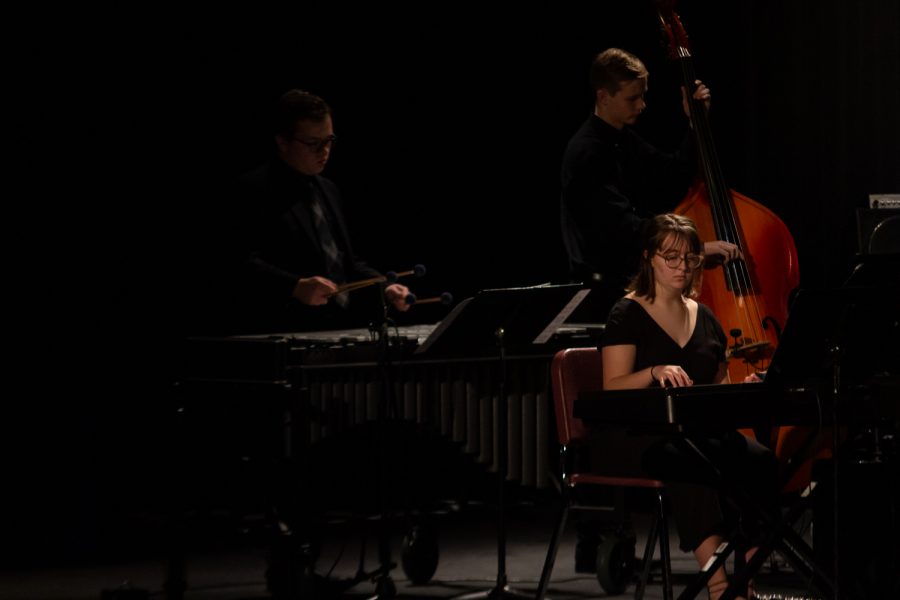 Concluding the semester, the Francis Howell Central Jazz Band and Jazz Ensemble performed in the auditorium following the Saeger Jazz Band on Thursday, Dec. 12th. Providing an example and support for the future highschool jazz musicians, the Francis Howell Central bands skillfully presented solo infused music to the audience. All musicians performed solos within one or more of the pieces with two completely solo pieces (one from each group) the first performed by junior Connor Sullivan with the Jazz Band and the second performed by senior Trent Pendleton with the Jazz Ensemble.