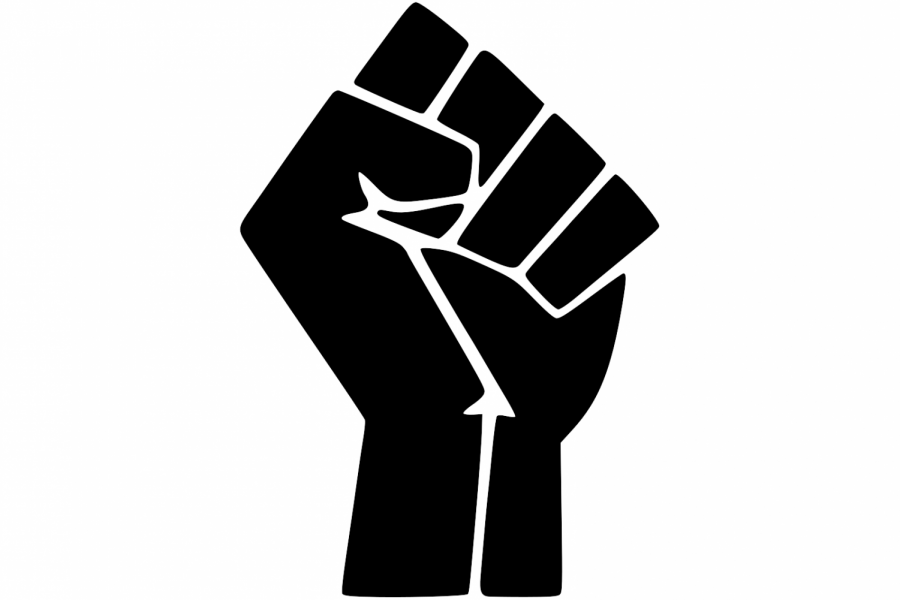 A black fist is held up, representing the Black Lives Matter Movement. Since its founding, the fist has been one of its symbols.

Does the Movement Matter?

A look into students’ perspectives on the Black Lives Matter movement

It is a wide-scale invasion. Materializing on plasma screens, dotting social networks, commandeering headlines of outlets everywhere. No conversation is too far away from the potential permeation of its topic. The phrase “Black Lives Matter” has taken up residence in the present conversation. It has made itself seen, regardless of whether individuals support it or not.

The phrase “Black Lives Matter” is not a new one, first used in 2013 by three Black, female organizers protesting the acquittal of George Zimmerman. In the present day, the phrase is used in much of the same way; it exhibits a concept that may be new to some: racial oppression. Rather than ignoring this concept and the three words that represent it, many younger individuals have chosen to not only confront it, but to qualify a response.

When senior Anyha’ Dorris first heard the phrase, she was confused by its simplicity.

“I mean, obviously I was like, yeah, Black lives matter, why wouldn’t [they]?…Why are we fighting over this?” Dorris said.

After doing research on her own, she was surprised at what she found: instances where Black lives weren’t treated justly.

“I was like ‘Wow, this is still happening?’” Dorris said.

For senior Tevin Tipton, the concept of racial oppression is nothing new. As a Black student, Tipton recalls several instances of biased treatment while changing schools in junior high.

“I would get asked almost every day: ‘Is my home environment stable? Do I have both parents in my house?’” Tipton explained. “Like, why do you assume these things of me just because of what I look like?”

In addition to personal experience, Tipton has observed the treatment of Black people as a whole and believes racism is still an issue in America.

“When there’s people who are mainly determined to destroy and keep another race in poverty or in stress, there only seems to be one cause of this. And it is most definitely racism,” Tipton said.

In contrast to the obvious and less obvious instances of racism, the phrase, Black Lives Matter, encourages a space for validating collective injustices and imagining an ideal future for Black Americans like Tipton.

“To me, Black Lives Matter means that one day… I’ll be able to raise my children in a world where I won’t have to worry about them being harassed or injured just from doing regular tasks, being regular people,” Tipton said.

With some individuals, the phrase “Black Lives Matter” has stirred controversy over the misconception that Black lives are more important than other lives. Senior Nick Kroll’s response to the phrase was to confirm that this is, in fact, a misconception.

“To me, as an outsider, [they] seem to be, in a lot of cases, violent and a little bit intolerant,” Kroll said. “I don’t really want to associate with people who just scream and yell at people who disagree with them.”

Out of all his interactions with those in support of the movement, not all of them were peaceful.

“There are also people who have told me that I’m not really saved, I’m not a real Christian… It just kind of seems to be a little bit of a turn off [to the movement],” Kroll furthered.

When it comes to the relevance of the “Black Lives Matter” movement, Kroll bases his views largely on his everyday interactions.

“I definitely feel like [racism] was a big issue, but since [the Civil Rights Movement] I feel like it has steadily grown less,” Kroll said. “I haven’t seen any issues with race in my own experience.”

Although Kroll doesn’t address racism as a pressing issue, he fully supports those in favor of exercising their right to assemble on the matter.

“I may not stand with you on what you’re protesting, but I will not stop you from protesting,” Kroll stated.

Many protesters are pushing for police reform as a result of an accumulation of videos and accounts–both new and old–portraying people of color being mistreated by law enforcement.

Tipton’s response to the influx of instances of racial discrimination within the justice system is one of relief. Though the evidence is less than satisfactory, the acknowledgement that accompanies it is a step in the right direction.

“Finally, there’s a lot more people putting out information about what’s really happening every day that usually no one would know about,” Tipton said. “Just for a minor traffic violation, [I] shouldn’t have to feel like I could lose my life.”

The threat felt by Tipton and other Black people is one that, a majority would agree, should not exist, but does.

Having attended many protests with goals to abolish the need to fear police, Dorris agrees that there is much change to be made.

“[On ‘Live PD’], I’ve never seen a negative interaction where I’ve been like, ‘Oh, that’s not okay, why are they doing that to another person?…But with the George Floyd thing, and Breonna Taylor, [and] Elijah McClain…and hundreds of more cases just like them, those police officers and more should 100 percent get more training on how to handle situations like that,” Dorris explained.

Dorris’s indigence is a shared one. Many individuals see the casualties of Black people at the hands of police as a cause worth implementing change over. A popular response to these instances is that the government should “defund the police”–the reallocation of funds from the police department to other forms of non-violent public safety. 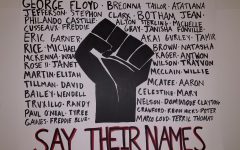 If Black Lives Really Matter, the Justice System Must Change

When faced with these ideas, Kroll’s first response was to uphold the efforts and bravery of those enforcing the law.

“I don’t think it’s necessary [to defund the police]. I think [the police] are doing a good job given all the stress and danger that they’re putting themselves in every day… choosing to serve our country in that way is honorable,” Kroll said.

However, he agreed that some form of alternative law enforcement could be helpful in reducing casualties inflicted by police.

“Maybe it would be a good idea to have some instances where if you would normally call the police, you would have someone else go… Instead of sending a police officer, you send a social worker,” Kroll explained.

Individuals concerning themselves with the Black Lives Matter conversation have a wide plethora of propositions for what to change and how to implement those changes.

Luckily, access to information on these topics isn’t exclusive: it’s on social media, news outlets, cable. Topics like Black Lives Matter permeate our culture. Age aside, anyone who cares about the current conversation can enter it; nobody is too young to be passionate about issues happening in their world.