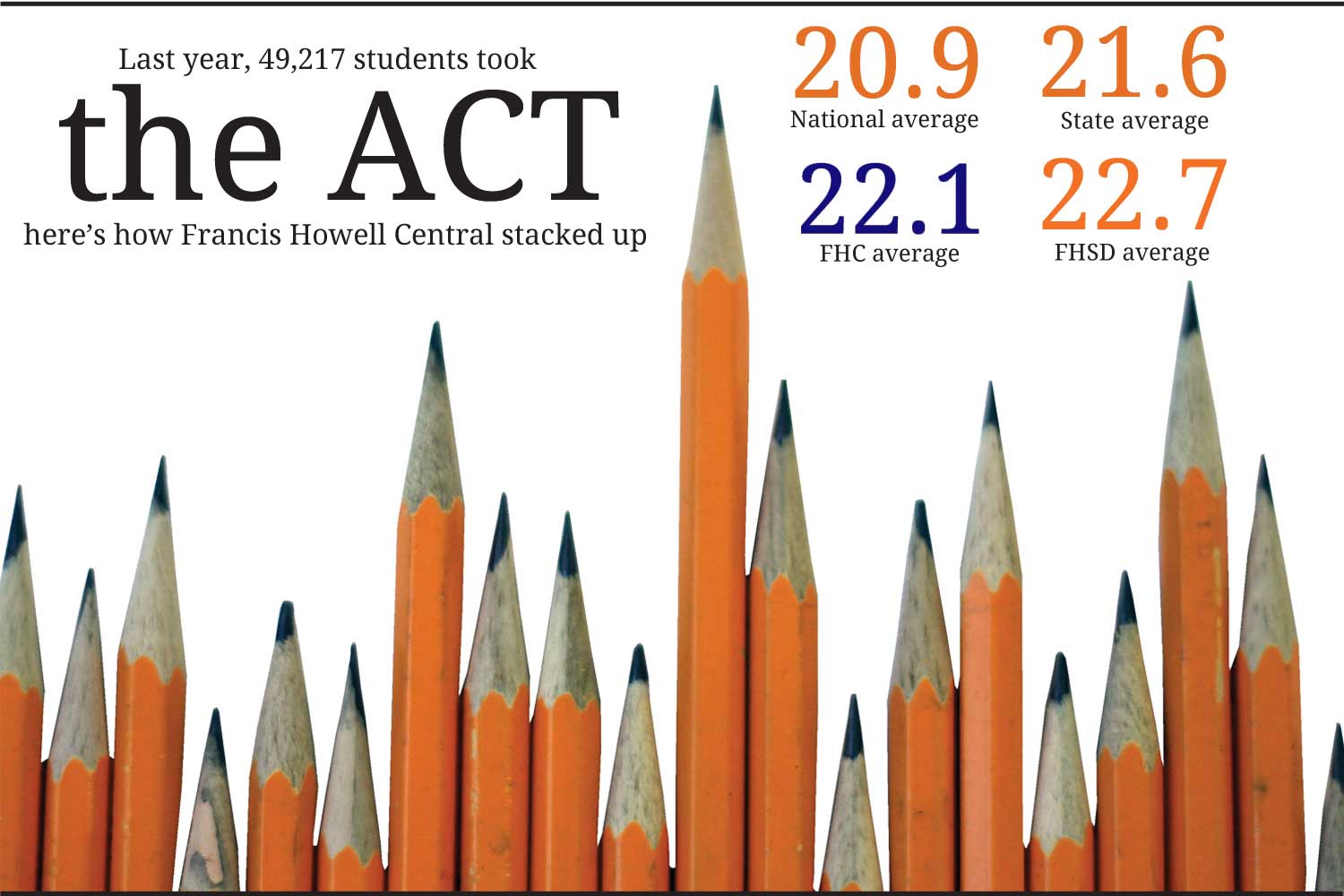 Put to the test: the accuracy of ACT scores as a measure of intelligence

Twenty-one. Based on the context in which it is placed, this number can have a variety of meanings. 21 is the name of a popular card game. 21 is the legal drinking age for adults in the United States. 21 is also the national average on the ACT.

The ACT, an assessment intended to measure college readiness, is administered to students six times per year. The multiple choice test, composed of four timed sections, consists of a wide variety of questions assessing the skill areas of english, mathematics, reading, and science.

Each individual test is graded on a scale of 1 to 36, and the composite score is based on the average of all four scores. Some students only take the test once or twice in their high school career, while many others continue to take the test until they are able to obtain a score they are satisfied with. Students who fall in the latter category typically retake the assessment in order to try and earn a score that meets the requirements for admission to a particular college or eligibility for a specific scholarship.Each individual’s ACT score is eventually utilized by staff at higher education institutions as a tool to predict the student’s potential for academic success in college.

Every fall, millions of high school students apply to such colleges and universities across the nation in hopes of being accepted into an environment they will be able to call home for the next four years of their lives. Applying to any post-secondary school, whether it be an Ivy League institution or a local community college, requires the submission of an official high school transcript. In addition to semester grades, class rank, and cumulative GPA, this transcript details the respective student’s highest ACT score to date. Some schools consider ACT scores to be a minute factor in the admissions process while the majority of them place much greater value on such scores when considering applicants for acceptance.

At Truman State University, a public regional university located in Kirksville, ACT scores are only one of several factors given significant weight in the admissions process. Although there is no minimum ACT score requirement, nearly 85 percent of all  applicants have composite ACT scores of 24 or higher. Candidates accepted with lower scores historically demonstrate an exceptional level of achievement in rigorous high school courses. Melody Chambers, the Director of Admission at Truman, shares that potential students are expected to have pursued a college preparatory curriculum throughout their high school career.

“Admission to Truman State University is based upon holistic review of academic preparedness through various measures,” Chambers said. “We understand and consider the value of special abilities, talents and co-curricular involvement while, at this time, placing significant emphasis on the patterns of high school course selections and grades combined with their performance on nationally normed college entrance exams.”

At Southeast Missouri State University in Cape Girardeau, a sliding scale is used when considering applicants for admission. The higher the ACT score, the more leeway that is offered with GPA and vice versa; however, freshmen with an ACT score below 18 are not considered. In addition to ACT scores, GPA and high school core curriculum also play a crucial role in the admissions process. According to SEMO Director of Admission, Lenell Hahn, each of these three factors are given equal importance.

“I feel they are equally important because the ACT is a good indicator of a student’s ability, but GPA shows their motivation, hard work, and willingness to apply themselves,” said Hahn.

At private colleges such as Drury University, ACT scores are given relatively the same level of importance as they are at public colleges. Although there is a minimum ACT score guideline of 21 at Drury, candidates with lower scores may still be considered if GPA and activities balance it out. Director of Admission, Nikki Hostnik, explains the ACT is a major deciding factor in admissions at Drury.The grades, activities, and personal interview of each candidate are also considered, but if his or her ACT score is too low, then the admission may not be able to get approved.

“I think [ACT scores] illustrate certain knowledge that a student needs to be successful at college. What [they don’t] show me is the student’s creativity and personality,” said Hostnik. “I like to think of the applicants as more than a piece of paper with scores on it.”

Senior Jessica Reid, who plans on attending the University of Missouri-Columbia this fall, believes the ACT only reflects a student’s ability to take a test under time constraints; it does not, however, prove to be an accurate measure of intelligence. “The ACT simply reflects your test taking abilities,” Reid said. “It actually hinders a lot of people who have gone further in math classes.”

Because the mathematical section of the ACT tends to place heavy emphasis on fairly basic geometric and algebraic concepts, students in more advanced classes find it difficult to recall small details concerning these skills later on. Some students take such classes earlier in their high school careers, sometimes years before they have the chance to take ACT for the first time, and struggle to perform many of the required tasks on the test as a result.

“GPA is a better indication of success in college because it’s not just a reflection of your intelligence,” Reid said. “It’s also a reflection of all the work you’ve put in for the last four years.”

According to Reid, a student’s GPA better demonstrates his or her academic potential. Because GPA is a reflection of the time and effort invested in school by a student, it can be said to be an indication of not only intelligence but also work ethic. The ACT, on the other hand, measures how efficiently a student is able to take a test under timed conditions.

A large majority of universities place heavy emphasis on standardized test scores, such as those achieved on the ACT, during their admissions processes; however, these scores are not always the best indicators of a student’s potential for academic success in college. The role they play in determining a student’s acceptance is perhaps too significant.