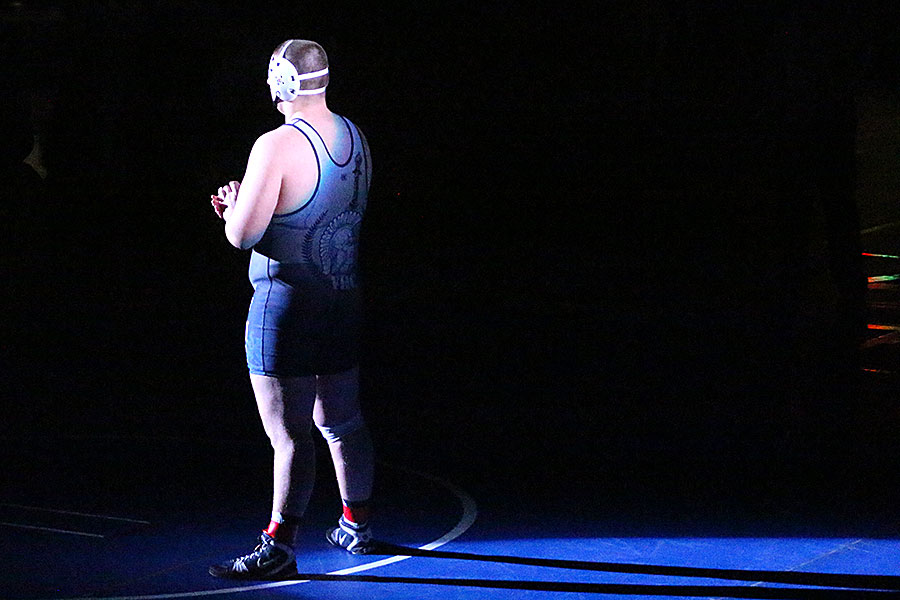 Gossett, wrestling in the heavyweight division, defeated Lafayette’s Chase Behrndt 1-0 to claim his first state title and the first since Terrel Wilbourn in 2011.

As the wrestling team approached districts, we talked to Caleb Gossett about his plans to make his goal of becoming the state champion this year.

Gossett was ranked No. 2 by Rankwrestlers.com, and won his match against Howell for the GAC South dual title improving his record to 34-1.

Gossett admits that, “wrestlers have to sacrifice a lot.” Their efforts have definitely shown this season, and plan to have more than just Gossett move on to state. 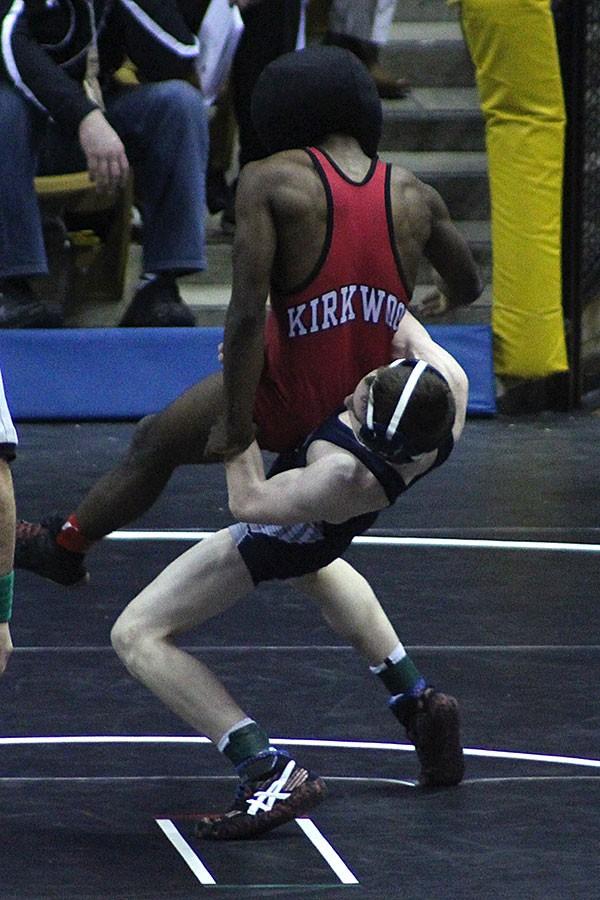 Highlights from the state wrestling tournament

Wrestling domination carries through to state 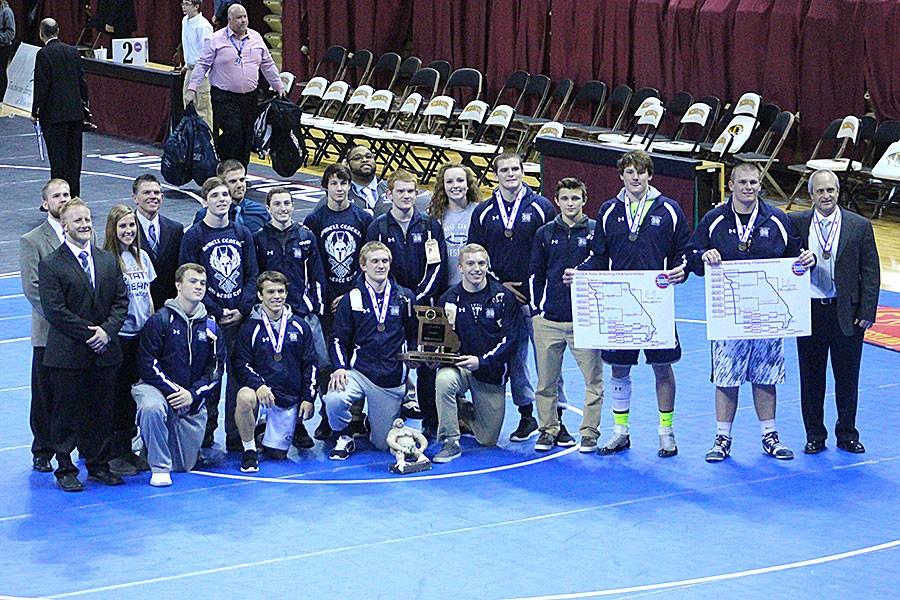 The boys wrestling team has finished its year strong and impressed many with their outstanding performance at the Mizzou Arena in Columbia for the state wrestling finals. During the 20th to the 22nd in February, seniors Caleb Gossett and Joey Ziegler had success at state.

In the 285 lbs weight class, Gossett walked away from state with the title of state champion and Ziegler (220 lbs) placed second.

Gossett was extremely optimistic about state. “I expected it to be good. I expected to win, but when it actually happened, it was pretty crazy,” Gossett said, “I think we all wrestled really well and everyone peaked at the right time. When the state tournament hit and districts hit, everyone was working really hard.”

Ziegler was not expecting such an optimistic triumph. “In the semifinals I had the returning state champion and I just absolutely dominated,” Ziegler said. “I beat him 11-2 and that wasn’t something I expected. I knew going in there it was going to be a tough match I just didn’t think it would be that good.”

Two other seniors, Jacob Gajewski and Luke Diener, also made it to state and were both successful in becoming medalists.

The hard work wasn’t the only thing that went into the win, though. “We all just kept working hard and we ended up third in the state, so I think it’s all been pretty good. We all took it very seriously and kept on pushing,” Diener said.

The school is generally excited because of the reputation they have now brought back to this school, “It used to be that Howell Central was the school to go to for wrestling and now it’s back to that status because we worked hard and got to the top,” Ziegler said.

Gajewski said the entire team was ecstatic about the win.

There was, again, lots of hard work put into this season. “People put hard work into it but not only hard work. People put attention into their hard work. We didn’t just work hard, we had a desire to win.” Gajewski said.

But the happiness is not without a bit of sadness. Coach Steven Cross is very nostalgic about losing such a special team.

The players and coaches alike worked together to win and do well. “I’m gonna miss these guys. I’m gonna miss this group and this team.” Cross said. ”Am I glad it’s over? Not really. I really enjoy the wrestling season, but it’s just kind of how it works out.”

Even the players are melancholy about leaving.

For the seniors, it’s naturally a hard leave. “I’m glad some parts of it are over, but I like the competition,” Gajewski said.”I’m not glad the competition and the team experience are over because it’s a once in a lifetime experience.”