Gea Henry explains what it felt like to change from being a bully. 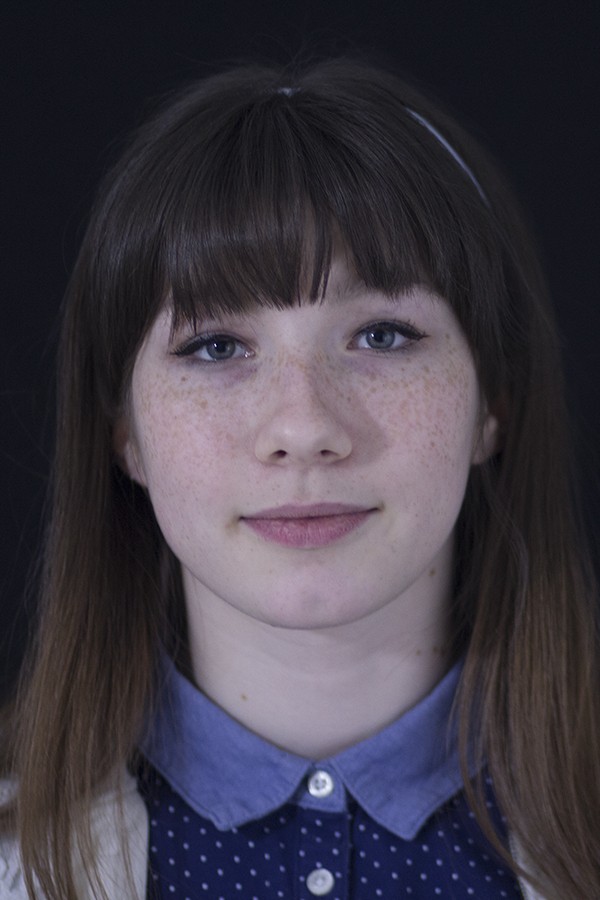 From the moment she walks in, junior Gea Henry lights up a room. Her smile and bubbly giggle are infectious. Her happy-go-lucky attitude, even on a drowsy Monday, is a wonder. However, Henry was not always one to build people up. Beginning in elementary school, Henry used to bully her peers to the point of making them cry.

“I had a friend in kindergarten and she was very, very mean, for lack of [a] better word. We both grew into very mean people. We thought we were better than everybody else,” Henry said. “We would push people around and just downright bully people, force them to cry, just awful things.”

When she began middle school, Henry tried to turn over a new leaf, but still found herself picking on others in order to make herself feel better.

We want to know your experiences with bullying. Share your bullying stories here.

“I kind of tried to get out of being mean and you just kind of go back to the groups that you had because that’s where you feel safe,” Henry said. “I tried to be a better person, but I was probably more like ‘Oh! I’m doing a great job at being a nicer person.’ On the inside, I was still [thinking] ‘I’m so much better than everybody else’ or ‘I’m so much more talented.’ I was a nice person, and I had good intentions, but it was that sense of wanting to feel better about yourself and wanting to put other people down so you get that recognition of how you feel about yourself.”

The bullying continued through middle school, where Henry found herself on the upper end of the social ladder and would pick on so-called “weird kids.”

“One of my great friends now was weird in middle school. I used to not like him at all, even though I had never talked to him. ‘He’s one of the weird people you know? I can’t talk to him!’ And I would yell at him and it was awful,” Henry said.

Much of the reason why Henry bullied people was not to make them feel small, but to give herself a false sense of power.

“Whenever you’re mean to someone or overpowering someone, I’ll admit, there’s a feeling of defiance where you feel good about yourself because you’re putting other people down. You’re making yourself feel higher up,” Henry said. “That kind of justified it in my mind, because I did it all the time so there’s nothing wrong with thinking I’m better than everyone else. You feel inside like there’s a fire in you when you’re being mean to someone because you know you shouldn’t be doing it and you do it anyway. It makes you feel reckless and exciting, but it’s a bad kind of exciting and reckless.”

But Henry doesn’t crave that reckless and exciting feeling anymore. A single event caused her to open her eyes to what she was doing, and it changed her outlook and attitude forever.

“In middle school, I called someone a bad word and really offended her because I didn’t want her to sit at my lunch table. I had to go to one of the principals and talk it through. I started crying and I thought ‘Never again am I ever going to do that!’,” Henry said. “It was the inciting incident. That was kind of what made me start to think ‘Okay. This could actually get me in a lot of trouble.’ It was a turning point in making me think about what I was doing.”

From that moment on, Henry made the conscious decision to stop belittling people, and to work hard to make others feel comfortable and valued.

“I didn’t want to make anyone feel uncomfortable or like they were less than me and I started thinking differently and it just kind of caught on, like a second nature almost,” Henry said. “That nice nature was always inside of me, I just never brought it out as much as I did with my mean nature. Certain things brought out the good in me that was already there.”

When high school came along, Henry had a brand new outlook and another opportunity for a clean slate. However, she struggled to shake the reputation she had as a bully in earlier years.

“I didn’t realize that I had [a bad reputation] until highschool when people started telling me about it. My close friends would say ‘Gea, you were really mean in middle school’ and it’s like ‘was I really?’,” Henry said. “Even my parents were like ‘Gea, I noticed it too, and I didn’t know what to do about it’ and I was just wowed.”

While Henry’s days of bullying are long over, she has learned from her past mistakes and uses her experiences as reasons to be a happier, more optimistic person.

“It was definitely not good of me to treat anyone like I was better than them or to make anyone feel like a lesser being. But I am okay with it happening, because if it hadn’t happened, I wouldn’t be the person that I am today,” Henry said. “I have a reason to be nicer now because it’s a way of making up for everything. But it’s a better way to be nice and now I can look back and say it was a different time.”

As for bullies today, Henry believes there is no reason to belittle another human. Life would be better