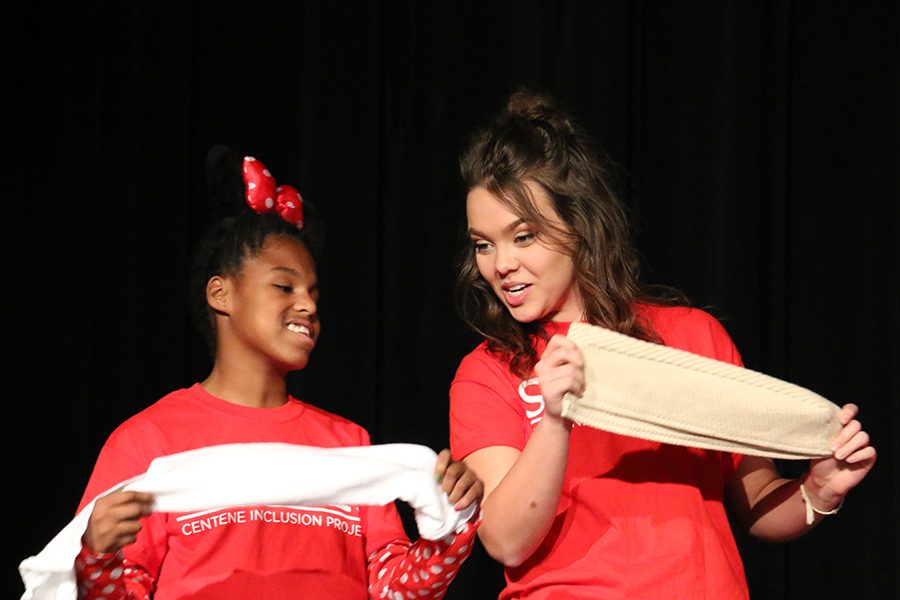 During the improv show, the actresses are randomly given props and come up with different functions for them

Spotlight on the Thumbs Up Foundation

When thinking of theater, people might think of plays and the productions that are put on every year as what it is all about.  Because of the many hours put in practicing and running through lines, constructing and creating the scenes of the production, and preparing costumes and planning a schedule of when things on stage should happen, it is easy to see how people do not recognize how the theater crew give back to the community they put on a show for.

A couple of years ago, the theater department found a way to raise money to help those in need. This year, the theater troupe put on an improv show that raised and donated money to a family whose daughter died from cancer in 2013 which really helped with any expenses the family had to deal with and this was important to a thespian sophomore who took part in the show Olivia Hritzkowin.

“Improv night was a fundraiser for the Thumbs Up Foundation and for Kids With Cancer and it was where the improv team did a couple acts in front of the audience.  The money went to Kids With Cancer and went to a certain family in the district whose daughter passed from cancer,” Hritzkowin said.