The President of the United States speaks in St. Charles over tax reform and future plans 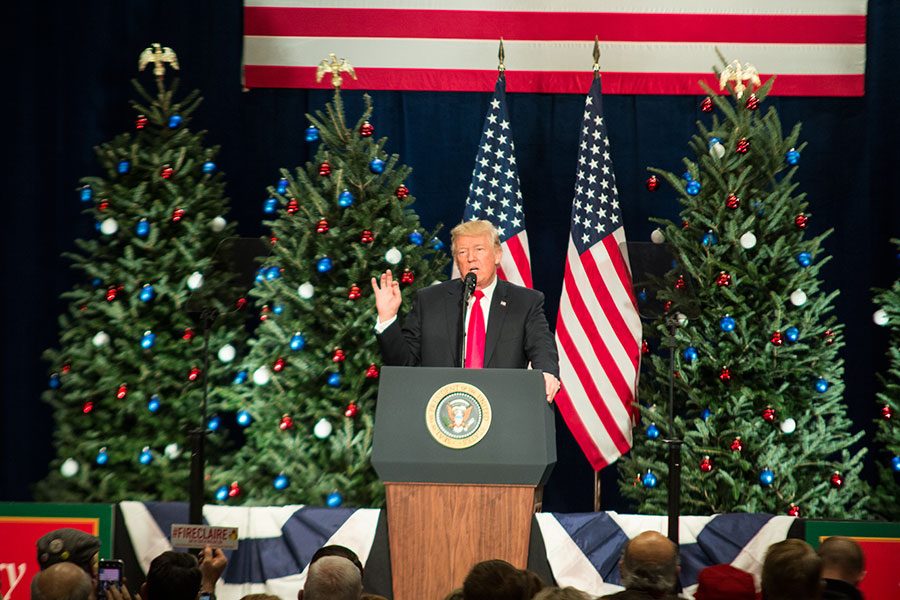 President Trump also spent time pandering to his audience with well-known slogans, “America First,” “Buy American Sell American,” and “Make America Great Again,” with considerable time also spent promising evangelical voters “Merry Christmas” would be used instead of “Happy Holidays.” He promised the eventual creation of his proposed border wall reinforcement, as well as the eventual success of numerous-failed attempts at “repeal and replace”  health care reform in Congress. The “fake news media” was referenced during his speech, at which time the crowd turned and booed.

While the proposed corporate tax drops from 35 percent to 20 percent, and working and middle-class individuals would get significant cuts to their dues (first $12,000 individual income non-taxable, first $24,000 married), critics like Senator Claire McCaskill (D-MO) have raised concerns on the raising of the national debt, the benefit to wealthy Americans, and the repeal of the individual health insurance mandate passed by the previous Obama Administration. She released this statement in response today:

“What I said to President Trump when we sat down together is still true today — I’m eager to support real, bipartisan tax reform. I’d jump at the chance to support a plan to deliver relief to Missouri’s working families, simplify the tax code, close loopholes exploited by the rich, and lower the corporate tax rate. Unfortunately, this tax plan doesn’t live up the commitment I got from President Trump, when he told me he wouldn’t support tax reform that benefited the very rich at the expense of the little guy. The Republican-drafted tax plan would further complicate the tax code, keep open those loopholes, deepen the national debt, and give the vast majority of benefits to millionaires and billionaires, while working families get hurt. But if Republican leaders decide to start fresh, with a real bipartisan approach, I’m ready to get to work and I believe we could get it done.”

According to Missouri State Treasurer Eric Schmitt (R), however, what the bill promises will have tangible benefits to the nation’s (and Missouri’s) economy. 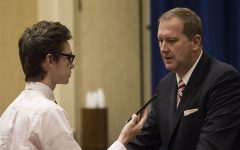 These opportunities don’t come around all that often, and we hope that Congress hears the people, the energy in this room.”

“I think there’s a lot still to be worked out [with the bill],” Mr. Schmitt said. “What we know is that anytime you’ve had broad-based tax relief, whether it was Ronald Reagan or John F. Kennedy before that, you’ve seen an expansion in the economy. If you’ve been seeing over three percent growth, that’s really the way forward; that’s where you see more jobs, more taxpayers, and quite frankly more revenue.”

“These opportunities don’t come around all that often, and we hope that Congress hears the people, the energy in this room,” Mr. Schmitt said. “That’s the secret sauce, and if they can get it right, it can be a big opportunity and more opportunity for working Missourians.”

The tax reform legislation, after passing both the House of Representatives and the Senate Budget Committee, stands for a final vote by the full Senate, a vote in which Republicans need three party holdouts to stand in affirmation. Following negotiations held Tuesday, two of the three Senators are leaning positively toward the bill.