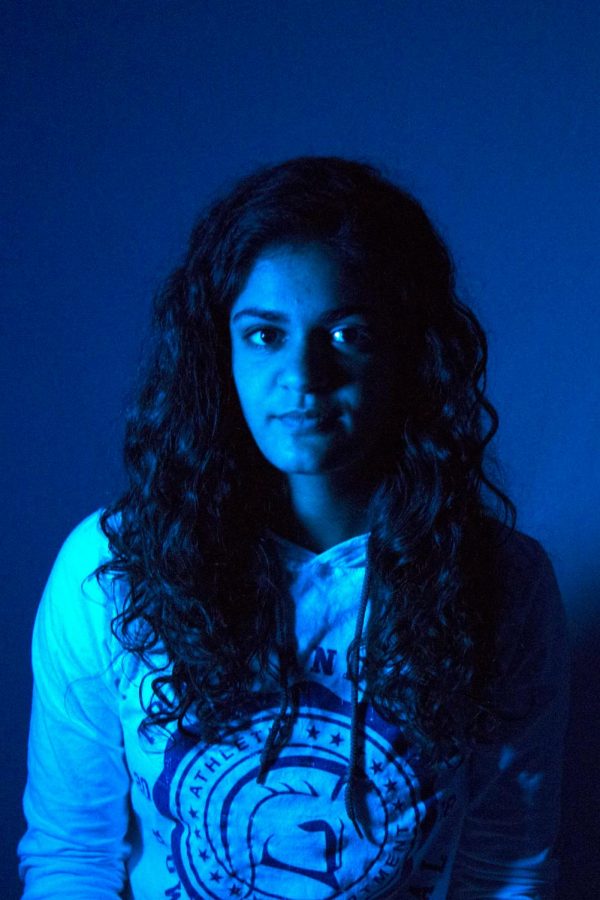 Senior Talia Thambyrajah has struggled with the pain of losing people close to here. She’s living proof that everyone matters to someone. “After a week or something they made it seem like everybody should be okay, knowing that people weren’t,” Junior Alyssea Braun said about the expected grieving process.

Dealing with the suicide of a loved one

March, 1999. Stacey Dennigmann woke up thinking it would be a normal day. The sun rose. Cars drove by. Everything seemed normal. However, she would soon discover that it would be one of the worst days of her life. After hearing a knock, Dennigmann was greeted by State Patrol on her doorstep. The news they delivered changed her life forever: her father had committed suicide.

“They went to my mom’s house, and she couldn’t deal with it because she was just devastated,” Dennigmann said. “They came to tell me and I was just in disbelief. I didn’t break down right away because I was just like, ‘I have to be there for my mom, I’ve got to contact my sisters.’ I became a person with a mission. Once everything was done, I was wiped out. I came to school the next day to teach, and one of my colleagues came up to me and said, ‘What’s going on?’ and I said, ‘Well my dad died last night.’ I couldn’t think clearly enough. They were like, ‘You can’t be here.’ I was a basket case without realizing I was a basket case.”

Senior Talia Thambyrajah was also jarred when she was given the news of her friend’s death. She was in a state of shock, not registering any particular emotions.

“There isn’t one word that is accurate enough to describe how I was feeling,” Thambyrajah said. “I found out one of the most joyful, loving people died due to suicide.”

Suicide is a huge issue that takes one million lives each year, according to the World Health Organization. Every day, friends and families lose loved ones and are thrown into the deep, dark hole that is grief, because in just a split second, the person they once knew and loved has disappeared forever.

“I was shocked and confused and I didn’t process it for a long time,” Thambyrajah said. “The way this person lived still lives on.”

For many, grief is a long and painful process that cannot be avoided. Although it is different for everyone, the stages come in different orders, and junior Alyssea Braun has personally experienced these phases.

“[The grief process] started with a lot of denial, then anger, then I just didn’t understand, then it finally just clicked that he was actually gone,” Braun said.

“At first it was angry. I didn’t understand suicide,” Mrs. Dennigmann said. “I thought, ‘How could you do this?’ and then it moved from being angry to me needing to understand why. It was like ‘How did I not realize?’ It was a guilt process, ‘How did I not realize they were hurting so much?’ And then it was acceptance. It was advice I was given by an uncle: ‘You live for the living. Always keep moving forward to accomplish what you need to.’”

Although grief is a rough process for anyone, Dr. Heather Borah wants to remind others that teenagers grieve and react to death differently than adults.

“Their brains are still developing,” Dr. Borah said. “They are still learning about the world and still developing their cells. So having a loss as a teenager can be very different from adults. [It’s] not in a black and white way, grief is different for every single person who experiences it.”

During any discussion involving mental health, there will be those who say that mental health is not real and that suicide has no impact on other people. However, for anyone who has ever had someone in their life die due to suicide, they know this is not true.

Recovering from a death takes time. But no matter how long it takes, it should be at the pace of the person experiencing it. Sadly enough, some recovering students feel as if society rushed their recovery.

“I am still grieving,” Thambyrajah said. “It has been a month and two days since this person died, and many of my friends who were closer to this person than I was are still grieving like [he] died yesterday. People grieve differently and process differently. There should not be a time limit on the [grief] process.”

In terms of recovery, Braun feels that she was supposed to act as if everything was fine, and that nothing changed.

“But then, after it all happened, they just expect everyone to go back to normal,” Braun said. “After a week or something they made it seem like everybody should be okay, knowing that people weren’t.”

With pain comes experience and with experience comes the ability to guide others through their own pain. Braun provided some advice of her own for those coping with the aftermath of suicide.

“Just hang in there, and [know] that it’s going to get better in the end,” Braun said. “God didn’t just take him for just some random reason, he took him for a good reason.”

Dennigmann urges others who are grieving to find support. Friends, family, and even teachers can provide comfort.

“Have a support group, whether it’s your friends at school, a parent, a trusted adult, someone you can open up to,” Dennigmann said. “Because a lot of times, you’re not looking for answers, you don’t want someone to tell you, ‘I know what you’re going through’ because you don’t. You might have lost, but you may have lost in a different way. You might have been affected by suicide, but I’ve been affected differently. Reach out for people just to listen to you, just to be there. Look for a support group who cares enough about you to just let you be you, let you cry, let you laugh, let you give them hugs. I really think that helps.”

Thambyrajah suggests giving yourself time to heal, and not to rush the grief process.

“Grieving with others who are going through the same pain as you are is healing,” Thambyrajah said. “But don’t be reluctant to give yourself some space from the world to grieve and reflect on your own. I personally cherish my alone time, but I feel that grieving with others is especially important for the healing of a community as a whole.”

Having a suicide in a community will impact everyone, but in different ways. Some people are able to recover quicker, while others have a more serious reaction.

“It can put fear into people,” Dr. Borah said. “It can also divide a community based on what people think the response should be. How do we address it? How do we talk to kids about it? So why do you think that mental illnesses are such a prevalent issue among teenagers. [They’re] really learning how they fit into the world, and many kids don’t have the support they need to do that.”

Talking about and being more open about mental health could potentially be a way to help those suffering notice that they are not alone and that help could be more readily available than they think.

“I think we need to realize that when we look at it, and talking mental illness, we need to know what’s our definition of normal,” Dennigmann said. “What is our definition of abnormal, is this something appropriate for society, is this something that’s inappropriate for society? When we’re talking mental illness, when we’re talking psychological disorders, there’s a ton. They have eating disorders, they have PTSD, they have compulsive disorders, they have anxiety disorders, autism. There is a huge classification, one you’re aware of something, and once you start talking about it, it’s easier to accept, and easier to realize that you’re not alone.”