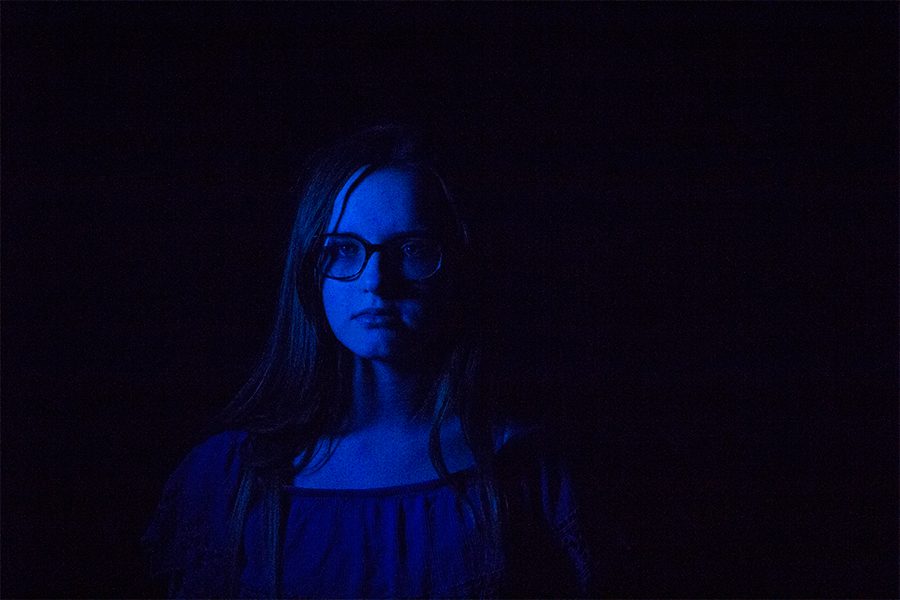 Walk faster. Burn more. Eat less. Weigh less. These thoughts flew through my head faster than I could understand. I didn’t understand what I was dealing with. I could only understand one thing; I only had one goal: lose weight. It consumed me; I would lay in bed for hours thinking of nothing but how I could lose more weight.

Looking back, I was by no means overweight. I had a very normal body; nothing about it was out of the ordinary, which made my spiral into disordered eating that much easier. I distinctly remember laying on my bed, my entire body achy, random bruises appearing every day out of nowhere because my body had nothing to do but try and fix minor bumps; there was no food for it to digest. Anywhere I bumped, a giant brown and yellow bruise would pop up. I could see the way it was ruining me. I could only feel tired.

And yet, despite my knowledge, I couldn’t stop. If I stopped, I would lose what I had worked for. I would lose my worth. Because somehow, someway, my brain had been rewired to equate how much I weighed to what I was worth, to how pretty I could be, to what I could accomplish.

The longer it went on, the more distant I became to my family and friends. I couldn’t tell them what I felt, I couldn’t tell them the horrible thoughts it made me think about myself, about strangers, about them. The thing no one will tell you about eating disorders is that it doesn’t just change the way you see yourself; it changes how you see other people, too. It conflicted with my belief that everyone could be beautiful, but yet I could never be beautiful. And the more I pointed out the flaws in myself, the more I saw the flaws in others, the more I allowed the disorder to define my beauty, the more it defined the beauty I saw in the rest of the world. My perception had become skewed beyond my own morals.

The point came where my family started to notice. The people who saw me every day had begun to notice that each day I was more tired, more angry, more withdrawn than I had been in months past. Originally, their anger was pointed towards my absence during family meals, but they pieced two and two together. They realized that my absence was linked to my weight loss and the change in my disposition.

To this day, I’m subjected to jokes based on the fact that I am the smallest of my family despite being the eldest child, and I laugh with them because, while I allowed a very dark part of my subconscious to take over for a while, and while two years later it still resurfaces from time to time, I know I am stronger than my illness. I spent months correcting how it had ruined my relationships and I spent months rebuilding my sense of self, reconciling the way I needed to think and the way that I had been.

Counting calories consumed me for months, but for every month I spent obsessing over weight and appearances, there are many after that I have spent eating healthy foods without worrying over what the scale reads back to me.