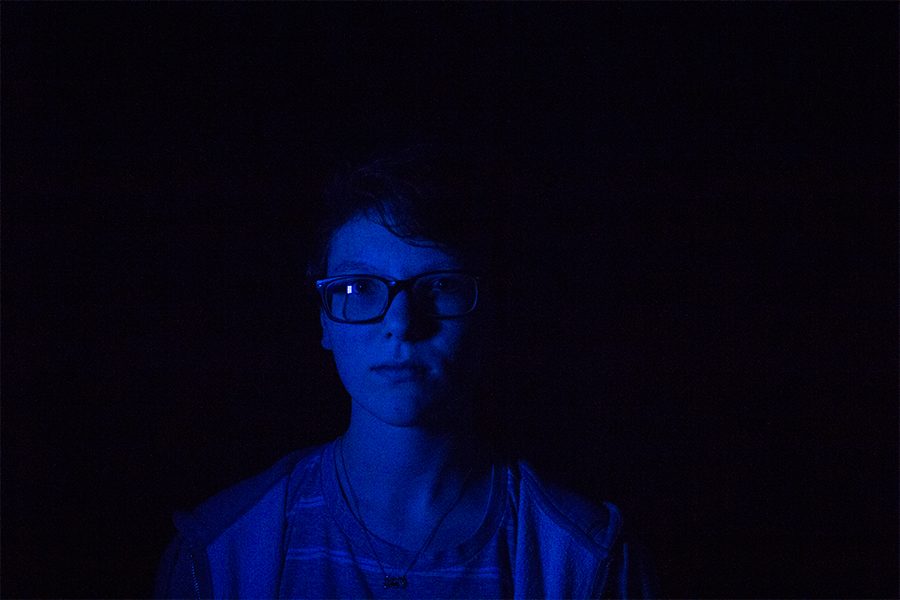 Skylar Laird's fought with the concept of validity in mental health

My thoughts spiral. It’s like I’m drowning but the air is still in my lungs. Shaking, sweating, hyperventilating, nauseous –

“You’re overreacting,” I tell myself. “It’s not even that bad. Everyone does this.”

I start shaking, bouncing my leg as quickly as my thoughts as they move faster and further inward, consuming me, overtaking me.

“This probably isn’t even real,” my brain tells me. “You’re probably faking it. You’re faking it for attention.”

No matter what, I always find myself back at the same thought: this isn’t bad enough because someone has it worse. Someone always has it worse.

Part of anxiety – at least, my anxiety – is obsessing over my own anxiety. As soon as I feel myself beginning to get anxious, I begin to worry that this isn’t real, this isn’t valid, which leads to me becoming more anxious, which makes me worry more, which creates an endless, vicious cycle of worrying I’m not “bad enough.” But there shouldn’t even be a “bad enough” – it should just be bad. Just because someone else can’t leave their house because they’re so anxious, because someone is physically ill, because someone has a “better reason” to be depressed, doesn’t make anyone else’s issues invalid.

A year ago, I went to counseling for my anxiety. My counselor asked me all kinds of questions, trying to figure out what exactly was wrong with me, what spurred on my issues with anxiety and depression. The more questions she asked, though, the worse my paranoia became; the more I began to believe that what I was feeling wasn’t bad enough. Because for me, there isn’t a reason behind it. There’s no traumatic backstory, no origin to my sadness. It’s just there. My counselor asked what I did in my free time, and I told her about how I’d go out with friends and participate in activities and just generally live my life, and, as I spoke, I was hyper aware of how it sounded like maybe I didn’t have any problems at all. Immediately, I began to fall into my usual spiral: I convinced myself I wasn’t struggling enough, I wasn’t bad enough to need counseling, and I continuously obsessed over how maybe I wasn’t even actually mentally ill. Maybe I was just faking it. Maybe I was making a big deal out of nothing.

As time has gone on, though, I’ve realized that this isn’t true. My struggles are just as valid as everyone else’s, even if they’re not as bad, even if they’re different. This is something I’m still learning now and have to be reminded of constantly – all because people are so obsessed with gatekeeping who can and who can’t be considered mentally ill.

Of course, there will always be exceptions: the people who really are faking it, those who truly are experiencing normal emotion and creating something out of it that doesn’t really exist. But more often than not, the people who struggle with mental illness and worry over whether or not they are really valid in their struggling actually do have mental illnesses, have problems that need addressing. And this culture we’ve created around mental illness prevents them from doing just that: addressing their issues, getting the help they need. People who believe their problems aren’t bad enough aren’t going to look for help, even as their issues progress into something much worse – all because they weren’t bad enough.

So, yeah, people are dying. People are living through tragedies, being born into illness, being discriminated against or abused. And yes, these are major problems. But these do not lessen the significance of anyone else’s problems. Just because someone has it worse doesn’t mean your mental illness, your struggles, don’t exist. They are still hurtful to you, and it is still worth seeking help. Because a struggle is a struggle is a struggle, no matter how small.

As my legs shake, my chest grows tight, my stomach churns – as my mind follows the same path down this familiar spiral of anxiety – it’s hard to believe that this isn’t real. Because there’s nothing more real to me in those moments than the way I’m feeling, as though the world is closing in, as though it will never end, as though I need to escape my own body and mind. And someone else’s problems don’t diminish those feelings. Someone else being in pain or suffering will not cure my anxiety.