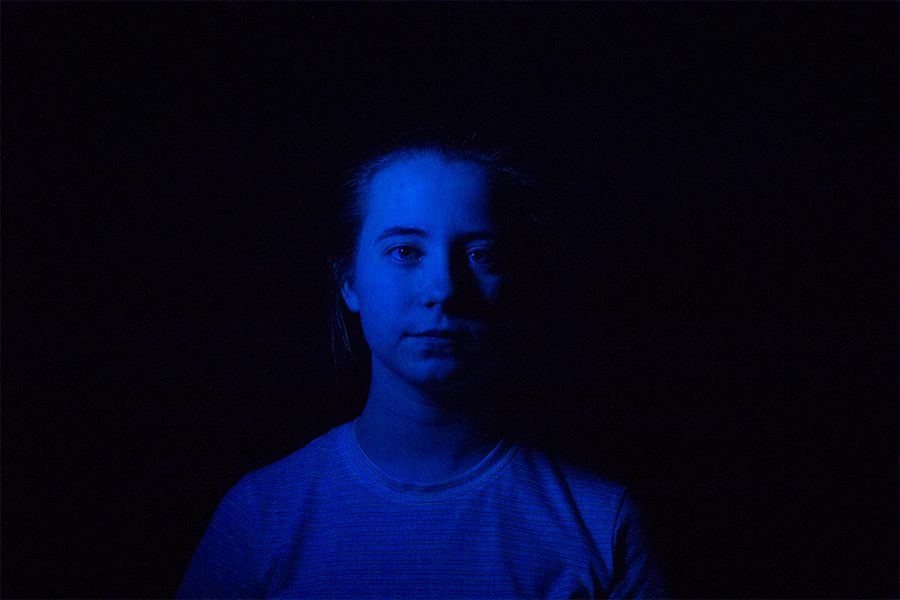 You don’t see it on the surface; in the recesses of your mind, it lurks. It wears you down slowly, distances you from the world. It preys on your pain, loneliness and fear. It may even make you regret the breaths you take and the life you have.

According to teenmentalhealth.org, ⅕ of the kids you sit next to in class or walk down the halls with suffer with mental illness every day. That means 20% of your peers combat constant difficulty with school, relationships, or jobs, things you might do daily with ease. They have to live with an invisible disease that makes it harder to make friends, stay away from drugs and alcohol, and have the lives ⅘ of people get to have without this weight.

Yet according to Psychology Today in 2004, 15% percent of people believe that seeking help or therapy is a sign of weakness.

Stigmas and fear surrounding mental illness have existed since long before we began acknowledging it as a disease. People who got panicked easily or had thoughts of self harm or suicide were told they had demons inside them. And even now that mental illnesses have been accepted as real conditions, many people still associate those with them as crazy.

When I was diagnosed by my therapist with depression and generalized anxiety disorder (GAD), I felt a mixture of relief and horror.

I felt relief that someone could explain why I felt so empty all the time, and why sometimes the lack of motivation I had turned into indifference and sometimes hatred of being alive. I was glad I could be treated. Eventually, I would be able to breathe again, and not feel the weight of every mistake, big or small, lay on my shoulders and push me down.

But I was also terrified. Partially due to the stigma surrounding mental illness I was afraid it made me insane, and that anyone would find out. But it was also due to the constant, pervading thought that I was overreacting. That the thoughts I had and the breakdowns I would have before tests were just me being overdramatic and I needed to “get over it”.

I’d heard those words before, and I know many others who suffer from mental illness hear them all the time as well. “Depression? Isn’t that just a fancy word for feeling ‘bummed out’?” the great Dwight K. Schrute (Rainn Wilson) said on the comedy “The Office”. This is, unfortunately, the idea many have when depression is brought up. Outside of a joking atmosphere, in reality, it is far too real for those who experience mental illness and suffer in silence.

The outlook society has on mental illness has always been one of deferment. Hearing someone’s cry for help and telling them to “suck it up” is a purely negligent behavior that it used far too often. This negligence comes from the fear of those with mental illness, and the inability to understand their feelings. Those who don’t comprehend the situation can’t imagine how someone they love wants to give up their life or self-harm. From experiences with my own parents, who had trouble grappling with my diagnosis, I have learned that it’s hard to understand fully something you’ve never actually experienced.

But ignorance, I think, should not be freely given into. It should be fought.

Sitting in your required health course, you learn about STDs and STIs. In biology, they teach you about bacterial infections such as E. coli and streptococcal pharyngitis. Education on the topic of mental health should be a priority for self-education, with equal importance to any of these other diseases. Taking the step to educate yourself is taking  one more step towards ridding the world of the stigmas that still plague the mentally ill today.