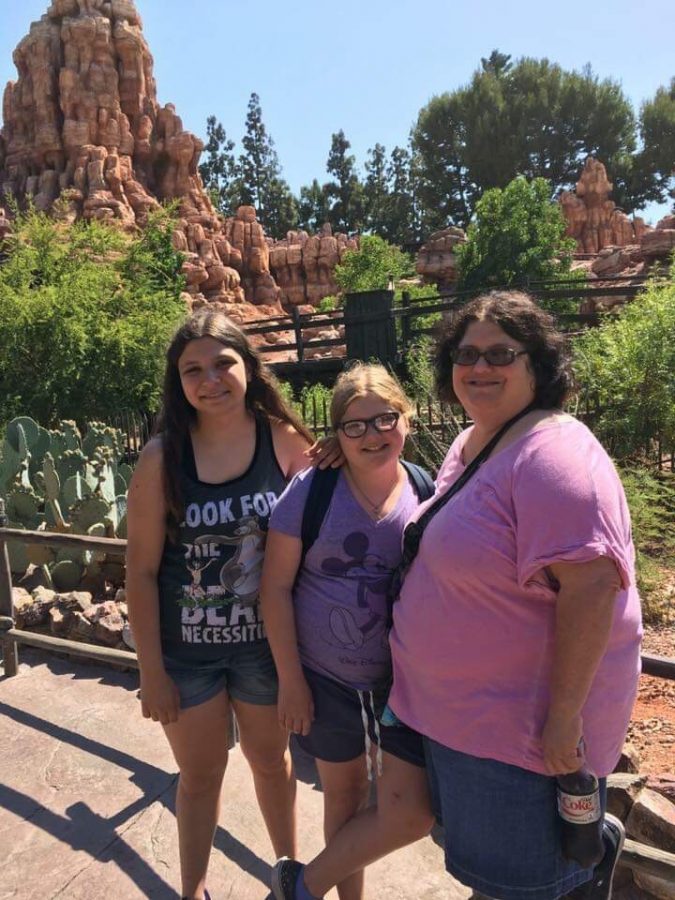 Sydney Love stands with her mother and sister while on vacation. Despite being sad that her parents separated, she recognizes they’re both happier now.

Kids growing up with single parents are becoming less ostracized

Photos are lined up on a fireplace mantle, showcasing cheesy smiles and poised candid moments of a family. Nothing stands out to those who are in the pictures; it’s the same family they’re used to seeing everyday, living and growing with. To a new guest, they seem nearly normal. But to a different mind, an element is missing, one that creates an empty void. Only one parent is present. This doesn’t bother senior Jada Tabb anymore, whose parents have been separated since she was five.

“I feel like [my parents being] single is fine. They made the right decision by splitting up. Staying together, it wasn’t a good marriage,” Tabb said.

Several of those with split parents feel similarly. Those with divorced parents are becoming increasingly more common, and the stigma seems to be upheld by less people every year. Even so, those whose parents split later in life notice a certain degree of alienation. Senior Sydney Love’s parents have been divorced since she was 12. Several familial aspects of life have changed drastically, but socially, her parent’s divorce has only caused inconveniences.

For children of divorced parents, the opposing pulls of authority can inhibit daily life. But for someone with only one parent in the first life, it may be freeing. Senior Parker Brown has only ever known his mother, and feels like it would be weird with two parenting adults in his life.

“I’d have a lot less alone time? And it might be a little more strict because my mom’s like, ‘I know you’re not gonna do anything, so just go have fun.’ So it might be weird having two authorities instead of one,” Brown said. Having single parents is not synonymous with a larger sense of freedom than others. Like any other family, closeness depends completely on the individuals involved, not on the dynamic. Tabb feels like her relationship with her mother isn’t different from what is perceived as normal.

“My relationship with my dad is definitely different than it would be. But I think my mom and I probably have basically the same relationship, except for maybe we support each other more because we’ve been dealing with this together,” Tabb said. Compared to a nuclear family, those with single parents do not feel as if they are any different from their peers with parents that have always been married. With so many different ways to form a family, single parent families are no longer uncommon. Even so, a more conservative viewpoint is something that these children may face.

“Some people, like I know the church is really bad about it. They’re just super rude to single parents because one guy told my mom directly that single parents are the problem of the world, she was like, ‘Okay, whatever.’ I think it’s not really awkward for me. It’s just awkward for my mom. Because some people look down upon it and don’t entirely understand the situation,” said Brown. “There’s bad stereotypes. One kid was like, ‘Oh, you’re poor because you’re from a single parent family. But that’s not it. It’s not really awkward for me. My mom? Yeah.” Even with these personal transgressions, society moves towards a more lenient perspective on families that aren’t nuclear. Those personally affected, like Love, also learn to move on and adjust to a new family dynamic.

“I think I’m more used to it now. It definitely affected me a lot like when the split first happened,” Love said. “I mean, like, obviously, I would like for them to live together again. But I feel like they’re both a lot happier now that they’re separated.”