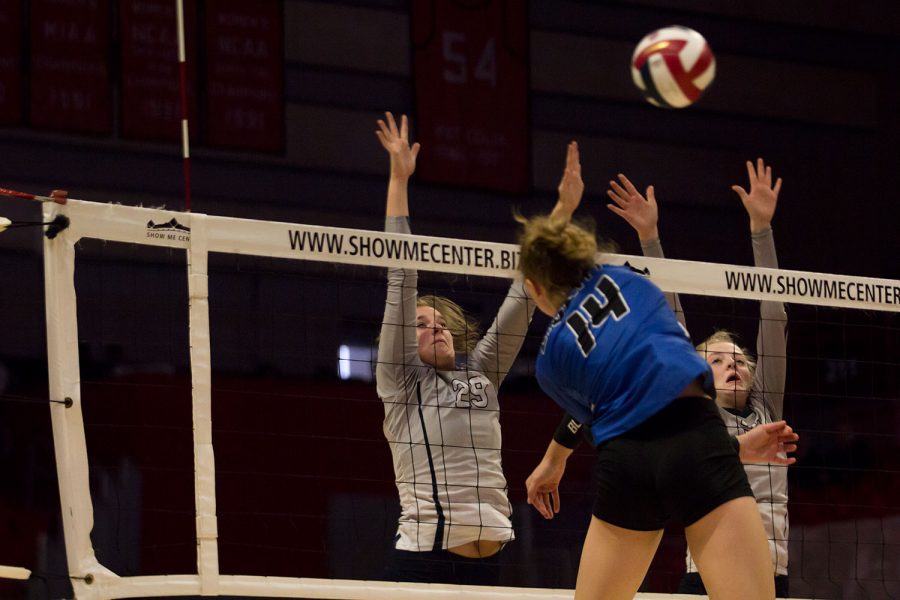 Varsity volleyball players, Kirsten Steinmeyer and Cece Shelton, jump to block a hit from their opponent in the state tournament. Despite being defeated by the other three teams in the tournament, the girls left Cape Girardeau with a fourth place trophy and a team bond closer than ever. Personally, my favorite part about this picture is the facial expressions of Cece and Kirsten. I like that you can see how hard they are working and that they never gave up even though they were losing. It shows how much I have improved throughout the semester and how I’ve learned that emotion is what makes good photos.