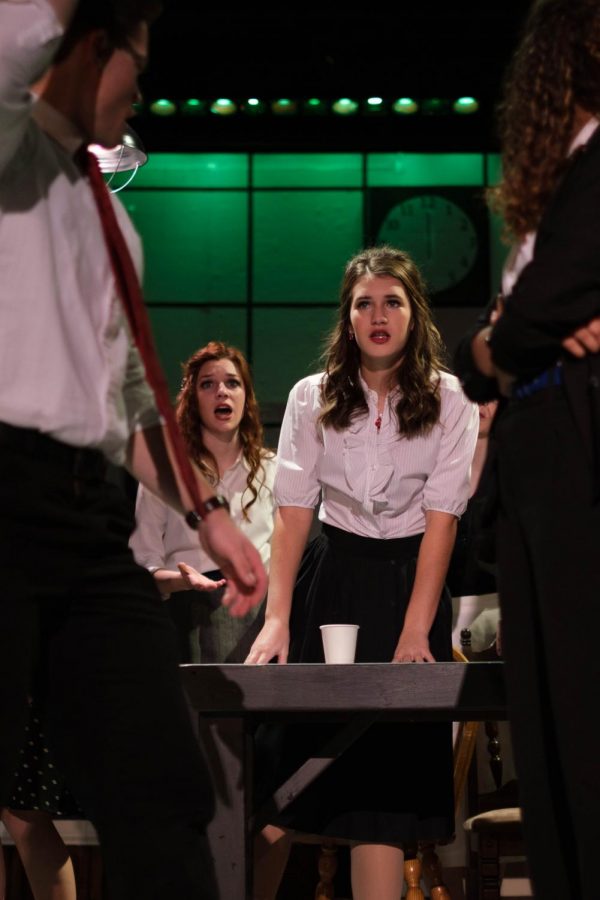 This photo is by far my favorite photo of this year because of the expression and color of the photo. Knowing the play that the actors were performing, I knew when and where the actors would be on stage at certain scenes, and I knew this was a shot I wanted to get. Kaylee Wright, the student the photo is focused on, always has the most expressive faces during this scene, but she is blocked by the main action in front of her. Because I knew the audience would not notice Wright’s reaction as much as the action in front of her, so I wanted to be sure to capture her reaction. Since the beginning of the play coming together, I was always looking for alternative angles for shots, and this scene was a prime opportunity because it not only captures the emotion, but also the vibrant colors of the set. For me, the hardest thing about getting this photo was timing. The reactions of the actors come and go within seconds, so I knew I had to make sure to grab this shot before her face changed.