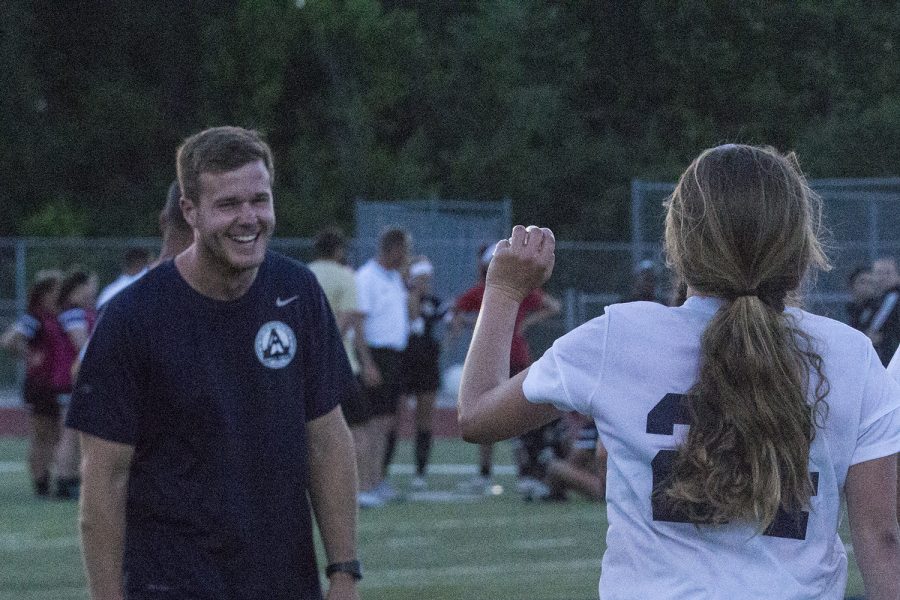 Coach Youcum, or just Yocs, is the epitome of a “cool dude”. For one thing, he uses the words cool and dude frequently and quite often together, automatically making him a “cool dude”. For another, he has the “cool dude” walk and talk down to a tee. Want to talk sports? He’s your guy. Need advice on how to handle a situation? He’ll walk you through it. Just need someone to listen to you? His ears are open. He doesn’t look at you like you’re young and naive, like you’re dumb for making mistakes or silly for trying to accomplish something. In fact, being the “cool dude” that he is, Yocs gives the best pep talks around. He tells you things straight up, not promising that life will be easy, but instead that it won’t be; it will be really, really hard. But, then he gives you that “cool dude” smile and says, “I believe in you,” and you know if Yocs believes in you, then that has to count for something, no matter how difficult things may be.

Thank you Coach Yocs, for being the “cool dude” that humbles the best of us, believes in the worst of us, and pushes all of us to be pretty cool people in our own, unique ways.