Students and psychologists share why obtaining healthy self-esteem is such an important factor as a teenager.

Rachel Colter is a senior at FHC. She also has been working at McDonald’s for two and a half years. You may have had a class with her; you may have worked with her before. Though perhaps you did not know she was one of the many teenagers who have associated with low self-esteem.

Self-esteem involves the view that a person has on his or herself. By the definition given by  www.dosomething.org, low self-esteem is a thinking disorder in which an individual views him/herself as inadequate, unlovable, and/or incompetent. Once formed, this negative view permeates every thought, producing faulty assumptions and ongoing self-defeating behavior. 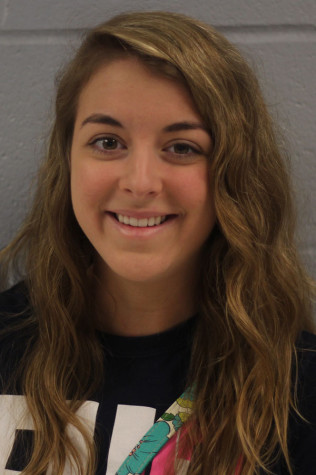 “Comparing myself to others brought my self-esteem down. I focus on my flaws rather than what’s good about me which makes me think that other people are better than me,” Colter said.

Colter has actually been a victim of eating disorders and depression due to low self-esteem. Statistics from www.dosomething.org says that among high school students, 44 percent of girls and 15 percent of guys are attempting to lose weight.

“I had problems with eating disorders my sophomore year. I had anorexia and bulimia. I wouldn’t eat very much but when I did, I felt like it was a lot so I would throw it up,” Colter said. “I battled depression throughout all of my high school years. I felt like I didn’t want to do anything.”

Low self-esteem can cause teenagers to turn to depression, eating disorders, as well as suicidal thoughts and behavior. As far as home life goes, Colter changed the way she looked at herself once she started recognizing encouragement and care from her family and friends.

“My close friends helped me get back on the right track and my family said I needed counseling. I didn’t end up going to counseling, but just knowing that they cared pushed me to eat healthier,” Colter said.

With positive family and friends surrounding Colter, she grew a healthier self-esteem level.

Along with Colter, many other teenagers have been involved with low self-esteem. Senior Emilie Harty is another student who has lived with this issue.

“I had low self-esteem during freshman and sophomore year. I was still in that awkward stage. I didn’t receive any encouragement or positivity from my friends,” Harty said.

Low self-esteem can stem from many different factors, including the environment a person is surrounded by. Psychologist Nicole Lakebrink lists some other factors.

Lakebrink also finds that a negative view point on your own self can be crucial to your self-worth. Negative self-talk can be very damaging.

“Negative self-talk can impact a person’s sense of self-worth (e.g. “Nobody likes me”) which in turn can lead to any number of mental health concerns such as depression and anxiety,” Lakebrink said. 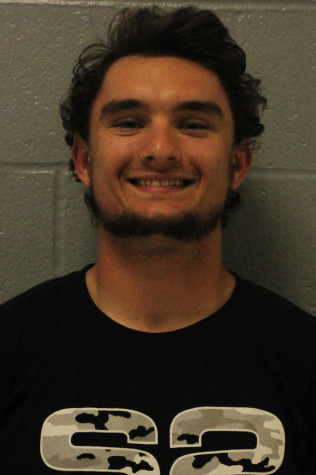 According to senior Jack Webb, the cause of low or high self-esteem is related to achievements, productivity, and appearance.

“A lot of factors that go into self-esteem are things that you can control by yourself,” Webb said.

Psychologist Goetz Viola says making comparisons is a contributing factor into self-esteem. Each person is different and if you are always comparing yourself to someone, you’ll always find something you think is bad about yourself and be let down.

“People look around at other people’s appearances and judge themselves based on how others’ look,” Viola said. “Also, knowing your self-worth comes from knowing how efficient you are in some areas, and how deficient you are in others.”

Harty feels that self-esteem is mostly contributed from the people you hang out with. Hearing and seeing positivity from friends and family can leave a mark of positivity on yourself. When this positivity is transparent, it can create a domino effect.

According to Harty, many teenagers feel self-conscious about how they look, how they dress, and how they are judged by their peers.

“People feel self-conscious about appearance in general, especially around Prom and Homecoming time. People also feel vulnerable about what other people think about them,” Harty said.

Lakebrink confirms Harty’s statement, adding there are a number of things teenagers feel self-conscious about.

“Teenagers feel self-conscious about many things. For example both teenage girls and boys struggle with peer acceptance and body image,” Lakebrink said.

Webb agrees teenagers are self-conscious about peer acceptance. This may result to teens doing and saying things that does not truly represent how they feel.

Ask every girl, and almost all of them would say that girls feel more self-conscious than boys. Colter explains why this may be.

“Girls are very judgemental and it feels like we are always being judged and judging each other,” Colter said.

Viola argues the point that boys can sometimes have lower self-esteem than girls. Girls may be more judgmental towards each other, but boys generally and universally have more pressure on themselves.

“Universally and throughout time, boys have felt the need to compete with each other for their goals. Boys receive more pressure from their family and peers to be successful in life. This can cause a low self-esteem,” Viola said.

Webb, Colter, and Harty all agree that teenage girls tend to have lower self-esteem than teenage boys.

According to Colter, girls tend to care more about what other people think than guys do.

“Boys are more laid back and don’t care as much,” Colter said.

The majority of the time, girls usually have to spend more time on their appearance than guys do. Girls have long hair they have to maintain, have to take care of their skin as well as use make-up, have to shave in more places than boys do, and style involves more than just a t-shirt and jeans. 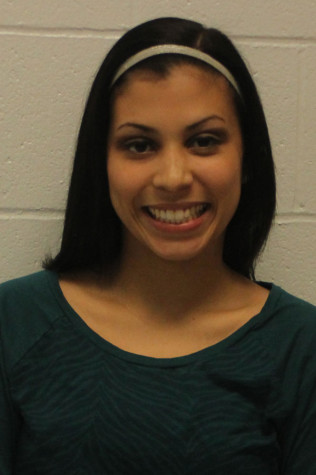 “Girls are especially self-conscious about appearance because there is more pressure on us since girls are so catty. Boys don’t have to change their appearance that much, but girls have make-up and have to depend on what they eat,” Harty said.

“It’s somewhere in between a low and high self-esteem. Both extremely high and extremely low self-esteem can have negative consequences. Finding balance is key,” Lakebrink said.

Though Colter has healthier self-esteem today, she still struggles with how she feels about herself sometimes.

“Sometimes, I have good days and have high self-esteem and feel good about myself. Other days, my self-esteem is low. I don’t know why it goes up and down,” Colter said.

Webb says that a healthy self-esteem level means being comfortable with who you are.

“Healthy self-esteem is not wanting to be anyone else, and being able to bring out the best in yourself, by yourself,” Webb said.

“Confidence is someone who does what makes them happy and doesn’t care what anyone else thinks,” Colter said.

Harty thinks confident people can be people who are willing to talk to anyone.

“Lots of people avoid eye contact when they walk down the hallway and those people who aren’t afraid to say hi to you show confidence,” Harty said.

Viola says that a little bit of competition can be healthy and boost your self-esteem. With this healthy competition, one can encourage themselves to work harder.

“When looking at someone who may have better grades, is a helpful person, or has other good and healthy qualities, instead of looking down on yourself saying that you can’t be as good as them, aspire to achieve those same qualities,” Viola said. “It’s okay to be deficient in those areas as long as you’re not putting on a facade. If you’re truly trying to earn your goals, you’ll have a better self-esteem.”

Aiming for a better self-esteem

Students and psychologists give their advice on how to achieve a healthier self-esteem.

“Don’t compare yourself to others. Find a balance and evaluate the good qualities about yourself rather than focusing on the bad.” – Rachel Colter

“Surround yourself with people who encourage you. If you believe in yourself, that confidence will shine through. Other people will see that and that will boost your self-esteem. Do what makes you feel comfortable and what makes you happy.” – Emilie Harty

“Breaking the pattern of negative self-talk and replacing it with a more positively framed message (e.g. I am loved) can contribute to developing a more positive self-image and an increased level of self-esteem.” – Nicole Lakebrink

“Capitalize on the positives. If you messed up on something, accept that fact and just try to do better. It’s okay to have disadvantages because if you lose a skill in one area, you’ll gain advantages in other areas. Don’t compare yourself to people who have traits like being rich or good looking. Those are unhealthy and unachievable goals. If you’re looking up to a good person who is compassionate, kind, and works hard then you’re aiming to be that good of a person. That is a healthy and achievable goal.” – Goetz Viola