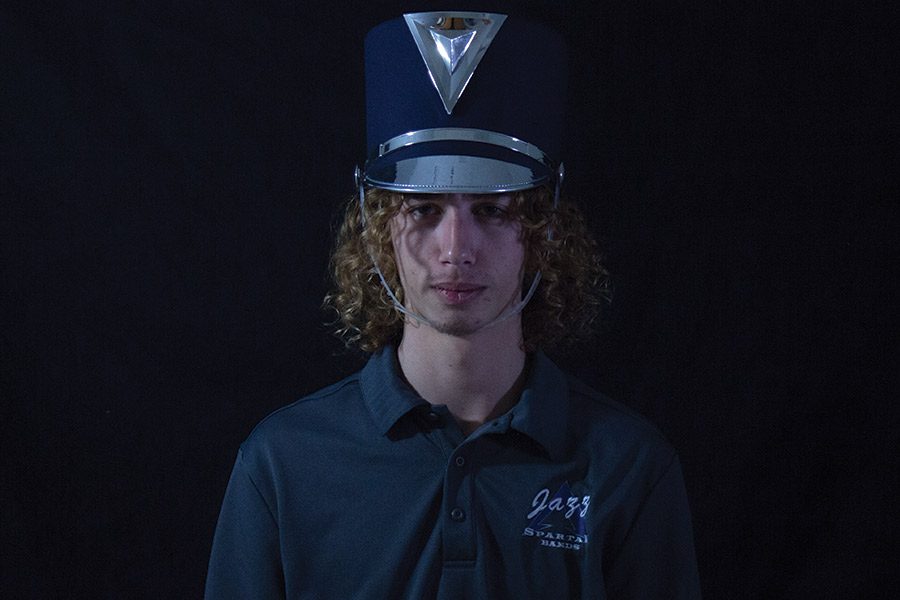 With senior year ending, many students are stressed about what to do with their life, what they’re going to do in college, what career path they’re setting themselves up for, and how they’re going to get there. For senior Geoffrey Tibbles, there’s no better answer than choosing to go into music education and pursuing a career as a high school band director. From playing French horn in the FHC Spartan ensembles to conducting the FHC Spartan Regiment, Tibbles has found his heart in the place where it truly fits – in music.

Tibbles finds music to be the thing that really truly makes him happiest in the best way. Music is a relaxing thing for him, and the environment where music is made is where he has found that he can truly be himself.

Tibbles has chosen to study at Mizzou to pursue this career. He had formerly decided on K State due to a marching camp he went to for drum majors there, but sometimes life has a way of switching people’s directions.

“I was torn between K State and Mizzou, and it turns out that I’m going to go to Mizzou, and it’s truly because of money. Like both are good music schools, it’s just Mizzou is going to cost less,” Tibbles said.

Regardless of what life ends up throwing at him, Tibbles is not going to let anything get in the way of his passions; he has a game plan for everything he has ahead of him.

“Well, okay everyone says it’s a dead-end major, and I just think that’s garbage because if I don’t get a job at Francis Howell Central where they’ve got a good band program, then I’ll go to an inner city school and get a job there and not make as much money, but like establish myself. It’s not a dead-end major, you know what I mean? I’ll have a way to get a job, and then build myself up on top of that – I’m not worried about that,” Tibbles said.

Tibbles attributes his passion to the main inspirations he has gained from his years at Francis Howell Central. His desire to become a band director in high school comes from none other than his own band directors Mr. Nathan Griffin and Mr. Andy Messerli.

“[My inspirations] would be good ol’ G Dog and The Mezz, shout out to those guys for being there. They’re the best, I love them,” Tibbles said.

When asked about the economic struggles that may come with a music major, Tibbles wasn’t even phased. His perspective was unabashed and different than that of many.

Tibbles butted heads with his parents originally when announcing to pursue a typically frowned upon major, but once they saw where his passions lie, he won them over.

“I was not [supported by my parents] at first, but I am definitely now. I definitely proved my point and both my parents are with me. My dad was real mad when I told him I was going into music ed. because I’ve always been the super smart kid, supposed to be a doctor, so ‘waste of my life,’” Tibbles said.

Tibbles has already begun his path to become a high school band director, however he realizes he has more ahead of him. He feels prepared to take on college and is excited for the career after.