The Things I Learned from Princessing 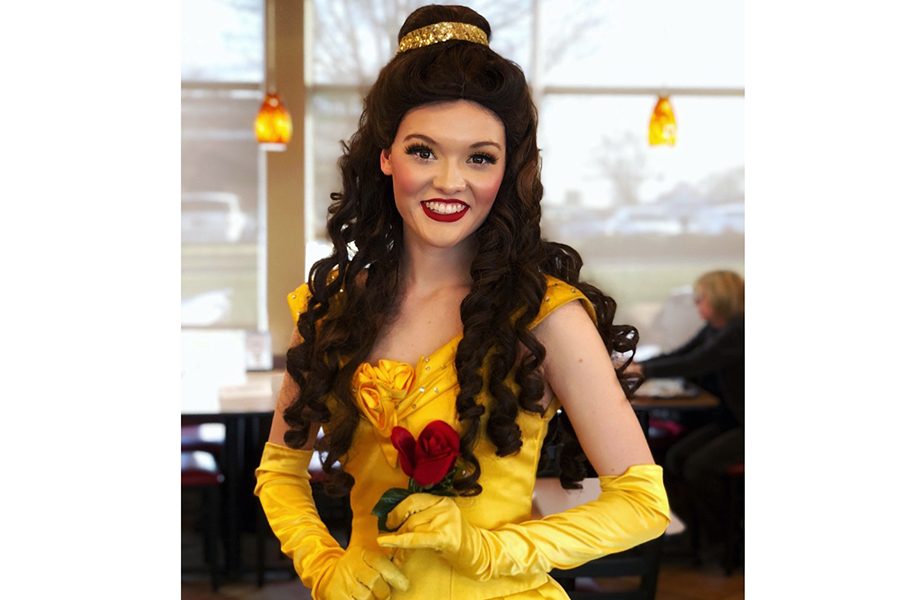 Let me start off by saying that I am a princess in the most literal sense of the word that you can be without actually being a member of a royal family. Every weekend I go to work at a local character company and attend parties for kids as princesses, mermaids, fairies, and superheroes. I’ve been everything from Princess Belle at Culver’s, to a mermaid at Chick-fil-A, to Cinderella at Kennedy’s third birthday party.

The most unexpected and interesting part of working as a princess is how the lessons I’ve learned from princessing have translated into my everyday life. Not only have I seemingly lost the ability to curse, I’ve learned life is unpredictable and it takes ruthless determination to stay focused and achieve a goal. You’ve never experienced life’s incredible penchant for distraction until you’ve been the sole focus of fifty five-year olds on a sugar high who believe you’re a princess.

Distractions are inevitable when you are a princess, such was the time I was Elsa at Whole Foods market and was in the middle of a song when a little boy stood up and proudly yelled across the room that he had “purple legos at his house!”; this random fact made me smile and it was as I continued singing I realized that this was how I needed to address distractions throughout my life. Whenever life tries to distract me from my goals, whether they be getting through “Let It Go” at Whole Foods or working in cancer research as a computational biologist, the best response is to smile in the face of adversity and continue along.

When I have a test the next day, but instead of studying I want to satisfy my burning desire to watch Project Runway; I have learned from princessing that the best response is to allow myself a few shining moments of fantasy in which I think about all the delicious drama I will have access to tomorrow and then return to studying. This will remain true in college where I will make the decisions to stay focused on my school work because I recognize that the only way to continue on when surrounded by life’s silliness is to forge ahead and “just keep swimming”- I mean singing.

The second and most impactful lesson I have learned from princessing occurred at a beautiful little girl’s fourth birthday party. I went through the whole party perfectly; coronating the little girl and singing her favorite princesses songs, while simultaneously fielding questions from an overzealous four year old. It was while I was leaving the party that something amazing occurred- the Grandma stopped me at the front door and told me how wonderful I had done and explained that the little girl had been looking forward to meeting me for over a month. That struck me. This little girl- whose name I didn’t know until five minutes before the party- had been waiting for me to come for over a month.

That got me thinking about who else is waiting for me- and I realized that millions of people with cancer are waiting for people like me to grow up, complete their schooling, get a degree, and begin to research and treat cancer. Think of the millions of people who didn’t know they were waiting for penicillin until Fleming discovered it. I believe that with the proper education I can be one of the people who helps break ground on the cancer research front in the same way Fleming did against infection and help end the wait for people whose cancer journey may not have even begun yet.