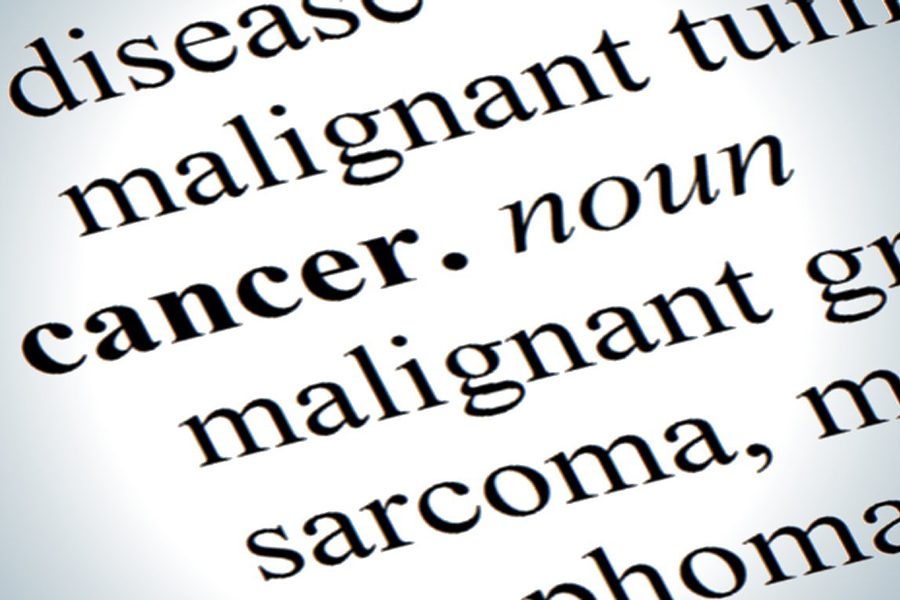 Franklin Delano Roosevelt was one of the most influential Presidents in the history of the United States despite dealing with a devastating illness. He is credited with piecing together a country terrified by the horrors of World War II by implementing a series of radio broadcasts he called “fireside chats” in which he discussed the events of the war with the nation. It was on December 29th, 1940, that Roosevelt delivered the notable “Arsenal of Democracy” fireside chat wherein he referenced, “the great Arsenal of Democracy. For us this is an emergency as serious as war itself. We must apply ourselves to our task with the same resolution, the same sense of urgency, the same spirit of patriotism and sacrifice as we would show were we at war.”

Today America’s homeland is facing a crisis as serious as war itself: cancer. In 2016 alone cancer killed an estimated 595,600 people in America alone- for reference, the population of Wyoming is only 582,658. If a combatant dropped a bomb and killed everyone in Wyoming the country would be in an uproar the likes of which haven’t been seen since the Japanese bombed Pearl Harbor in 1941, killing 2,403 Americans. The only difference between cancer and a bomb is that a bomb’s casualties are highly visual and highly concentrated whereas cancer is a silent killer; it takes the life of a teacher from elementary school, the checker at the grocery store, or a woman from church. It isn’t until cancer strikes you or your family that you begin to realize the dangers of this silent killer.

But what “arsenal of democracy” can defeat cancer? Sending in the troops won’t lower the number of women diagnosed with breast cancer this year. However, what most people forget is that the definition of an arsenal is;

In this case, the arsenal of democracy that Roosevelt referred to would fall under the third definition, in which our arsenal is the vast quantities of resources that we can use for the specific purpose of ending cancer.

America’s primary resource is the minds of its citizens, and this collective intelligence is what’s going to help our country defeat cancer. Currently, our methods of dealing with the disease are, in my opinion, primitive. It wasn’t until my Grandmother was diagnosed with leukemia that I realized how horrific cancer is. In my opinion the worst part about having cancer is that it robs your life of joy. In an effort to fight the cancer my grandma started aggressive chemotherapy which not only humiliated her by making her bald but also robbed her of her first joy: cooking. She was diagnosed on September 23, 2016 which meant that by the time Thanksgiving rolled around she was too weak to cook and the smell of food caused her to be sick. Instead of having our customary grand Thanksgiving at Grandma’s, we spent the day mostly at home with her so she wouldn’t have to be around the food. Then on January 5th my Grandma received a bone transplant which forced her to stay in a hospital room for months on end because bone marrow recipients have such a weak immune system leaving the transplant wing of the hospital could prove fatal. The transplant then damaged her immune system so badly she was told she couldn’t go out in public because catching so much as the common cold could prove fatal. All of a sudden she could no longer go out to eat, enjoy book club, go to church, or do any of the other things that brought her joy. For a woman who loved to live her life surrounded by people suddenly being cut off from society was devastating. Eventually, after months of struggling my grandmother passed away due to so called “vanilla pneumonia”, named because it is supposedly the most easily treated.

After my grandma died I started looking into cancer research and the science behind it. There are many promising new treatments that can act as an alternative to traditional chemotherapy; the most promising of which is T-cell therapy which involves removing a patient’s T-cells and genetically modifying them to attack cancer cells. Oncologist Dr. Tim Cripe calls T-cell therapy “The most exciting thing I’ve seen in my lifetime”. This study inspired me to go to college and become a computational biologist with a focus on cancer research.

America’s modern day arsenal of democracy is the cumulative brainpower of Americans and that arsenal should be used to the full extent against the common enemy of cancer. America has a duty as a world leader to protect people- both at home and abroad- from cancer. Franklin Delano Roosevelt died at the age of 63 years old in the middle of his presidency due to polio, who knows how the world would change if he had lived to complete this term. In 2014 1,960 children died of cancer. Cancer causes the loss of potential: potential lives, potential discoveries, potential generations. It is our duty as Americans to protect the potential in the world by preventing cancer from ever claiming another life.