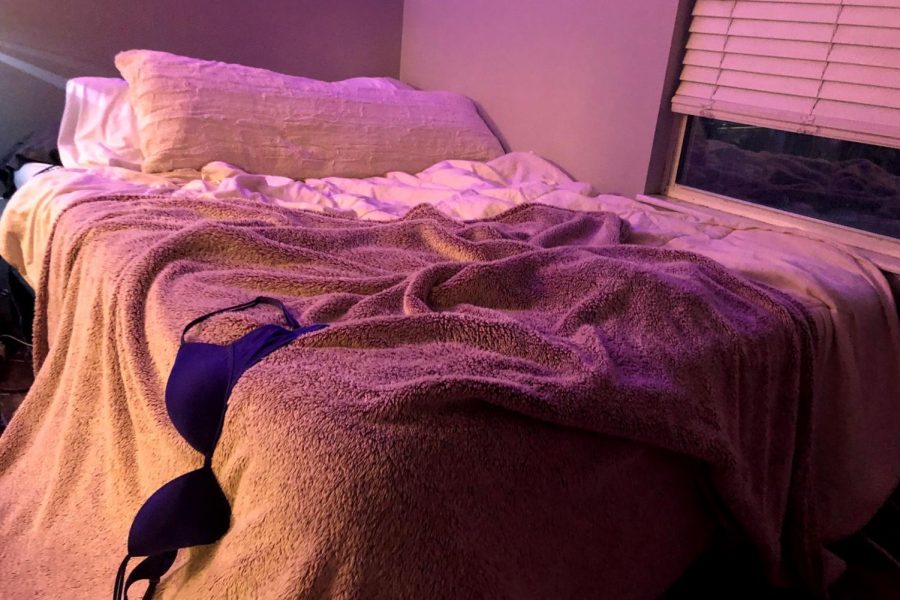 Understanding motivations for leads to a healthy relationship with it

“I considered having sex because I had reached a point in my life where it was something I wanted to experience. I had an opportunity with someone I felt safe with and we decided that it was something we both wanted to do. I think that having sex at a younger age is something one should gauge on their level of readiness,” senior Eli Allen said. “And I personally felt ready.”

Why do some choose to remain abstinent while others have sex? Sophomore *Grace Brown isn’t quite sure why.

“I don’t really have an answer… it’s not like a simple thing, you know?,” Brown said.

Allen remarks why he became sexually active after his standards were reached by a significant other.

“I decided that if I was going to have [sex], I’d wait until [I found] somebody that I cared about.” Allen said. “I ended up being in a relationship that met the criteria that I set for myself.”

Licensed profesional counselor and certified sex therapist Lindsay Walden feels why some people have sex is because of a desire for connection.

“People want connection,” Walden said. “We are really wired for connection… or they’re seeking maybe a feeling of being loved or being cared for, a closeness that maybe they don’t feel like they can achieve in other ways.”

With such a large number of sexually active teenagers, it’s important to see why teens are having sex and to make sure that they are for the right reasons. Unfortunately, some teens have sex because they see it as a rite of passage, or because they feel pressured into it by friends, media or society.

According to a peer pressure and teen sex article from Psychology Today, 23 percent of teenage girls feel pressured into sex. This may be due to the societal standards we have set from the generations before us to fit in.

According to the Psychology Today study, one in three teenage boys feel pressured into sex. Most of the time, this pressure is originating from their male friends. The atmosphere that men have created for themselves within their friend groups is causing toxic pressure to become “one of the boys.”

“When you see men that have lots of sex, they’re celebrated. You see guys giving high fives like, ‘Get anotha one!,” Allen said.

When being told by friends that sex will be celebrated, it affects how boys look at themselves. Junior Hunter Watson looks at himself differently after having sex.

“You experience something new and more grown-up so you feel more adult-ish and responsible,” Watson said.

This atmosphere is completely different for girls.

“In general, women are definitely judged more than men,” Brown said. “I feel like any way that you choose, [abstinent or sexually active], it’s going to be judged.”

Men at FHC have noticed women being called sluts or whores for having sex while their male counterparts are lifted and praised.

“We’re slut-shaming [and] it’s more uncomfortable for women to share their experiences or talk about it,” Watson said.

This can make it hard for women to talk about their experiences. Women have the hurdle of double standards to jump over when dealing with sex in society.

“There’s like this fake double standard with women. They get hate. They get looked at differently,” Watson said.

On the other hand, our generation is the generation of change. According to a National Health Statistics Report, the number of youth having sex at young ages is decreasing and the use of contraception is increasing, causing a decrease in teen pregnancy, according to the Resource Center for Adolescent Pregnancy Prevention. Perhaps a change in how women are perceived after having sex is changing too.

“I think any time there’s a change or a shift, It’s usually a slow process,” Walden said. “I think we’re seeing some shifting towards that but I think there’s a lot of societal messaging [getting in the way].”

Every teenager should know why they choose what they choose. Knowing why you remain abstinent will help you when facing those who may pressure you to stray from your morals. Knowing why you have sex will help make sure you are having sex for the right reasons and being safe along the way.

“I think it’s important for people going into a sexual activity or that might be seeking these types of connections is making sure that you’re seeking it for the right reasons,” Walden said.