The discussion regarding acceptance of LGBTQ+ students and staff 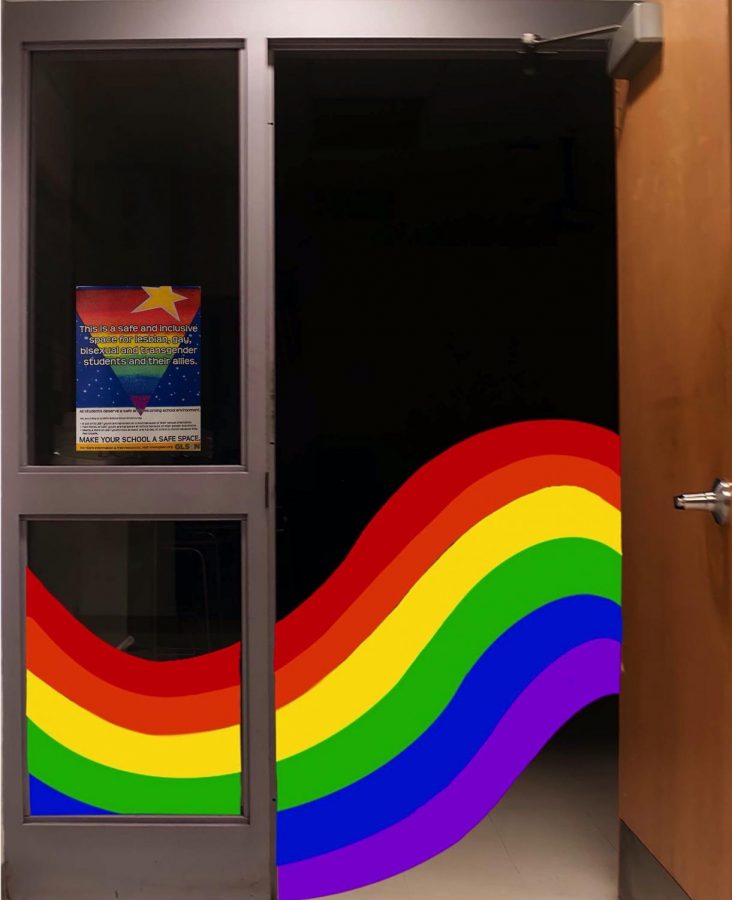 The LGBTQ+ community at FHC, both students and staff, can sometimes be overshadowed by other issues present in the school. Although the community is respected, they aren’t represented as much as they’d like to be and feel they should be.

French teacher Amy Roznos (She/Her), who has been at FHC for five years, believes the school is inclusive, but could do better.

“I think it would help to have a day school-wide where we celebrated LGBTQ+ visibility day,” Roznos said. “Or if we talked about how to approach conversations about LGBTQ+ issues.”

“I think that talking about these kinds of things makes some people uncomfortable and so they avoid these kinds of important conversations,” Mrs. Roznos said. “That being said, I think that that may describe my generation more than the students’ generation. I have seen more students talk about issues like LGBTQ+ with much more ease and comfort than some people my age or older.”

One form of representation shown at FHC is the GSA, or Gay Straight Alliance, founded by Barb Riti (She/Her) in 2017 to make members of the LGBTQ+ community feel safe and seen at FHC.

“The GSA functions differently depending on the students who are involved in the club,” Riti said. “Typically at the start of the year, we make decisions as to what our purpose we will serve. In recent years, the group has chosen our purpose to be supported so our activities are centered around that. We had Halloween and Christmas parties, craft making, game playing, etc.”

Junior Audrey Beahan (She/Her), who was a member of the GSA her freshman and sophomore year, spoke up about the club and its purpose.

“The GSA has always been a safe, judgement-free place to discuss our experiences with our identities,” Beahan said. “It’s a place to reach out and find people similar to you if you need that outlet, but no one is forcing you to stay, and

I think that in and of itself makes it feel safer overall, too.”

The GSA’s sole purpose is to make members of the LGBTQ+ body at FHC feel included and supported. Roznos touched on the supportive environment at FHC and how students and staff treat her.

“I definitely feel supported at FHC,” Roznos said. “When I got married this year, most people offered their congratulations. I didn’t hear anything negative from anyone.”

Beahan agreed that the school is inclusive and supportive of its LGBTQ+ community. “I have plenty of peers and teachers that I know I am comfortable with talking about this topic without judgement,” Beahan said. “We’re far from perfect, especially among students, but overall it’s a pretty supportive place.”

Mrs. Riti explained that although the majority of people at FHC are supportive, there are always bound to be bad apples.

“I have [seen discrimination], but it typically comes from a place of ignorance and immaturity,” Mrs. Riti said. “Those moments can become opportunities to educate.”

However, Mrs. Riti also expressed that she believes the LGBTQ+ community is treated justly and there aren’t many problems.

“I do believe LGBTQ+ students are treated fairly at FHC based on conversations during our GSA meetings and my personal experiences,” Riti said.

“Does this mean there are never issues… no… it just means that when there is an issue, that it is handled in a way that is fair.”

“…A lot of kids tend to speculate on the sexuality of their teachers, which is really weird to me,” Beahan said. “I have only ever had one teacher who is openly a part of the LGBTQ+ community, but before they told us about it, a lot of my classmates were speculating about whether they were or not, and something about that just really rubs me the wrong way.”

Beahan then voiced the purpose of being an ally and the process of coming out when you’re ready.

“Part of being accepting of the LGBTQ+ community is letting people come out and talk about it on their own terms, not your own,” Beahan said. “It’s really weird to try to decipher what your teacher’s (or one of your peers’) sexuality is based solely on the clothes they wear and the way they act. A person’s sexuality has nothing to do with their character or who they are as a person, so why does it matter?”

While the FHC entity is pretty supportive of most, there are things they can be exclusive about. Mrs. Roznos shared her thoughts on how people are treated at school based on what they identify themselves as.

As a whole, the FHC body is reasonably supportive and inclusive of the LGBTQ+ community that lies in its walls. While there are a few instances here and there and points of advances for more equality and respect, most LGBTQ+ identifying students and staff members feel safe and seen at FHC. Nevertheless, there is always room for improvement.