The realities of coming out as an adolescent

One December night, only a few years ago, a 12-year-old boy sat at a kitchen counter, writing a letter to his mother about why he needed to quit Boy Scouts immediately because he just couldn’t wait until summer. As he neared the end, the boy added something slightly out of place at the bottom of his letter; he wrote that he was gay.

Junior AJ Vargas (He/Him) thought nothing of the letter and sealed it up before placing it on his mother’s nightstand. He didn’t know what would happen when she read it, but at that moment, he felt like he would be okay.

Coming out is one chapter in the life of an LGBTQ+ member. It is a simple phrase on a banner that makes an announcement to the world saying, “This is who I am.” Everyone’s story is different, and everyone’s story deserves to be told.

For Vargas, his story began when he realized he was attracted to boys in third grade. He had no clue what it meant, just that he was more intrigued by boys than by girls. It wasn’t until he was ten years old and learned what being gay meant that he realized he was a part of the LGBTQ+ community.

“After I learned what being gay was and that there was a whole community of people who shared this experience I started to realize that I was different from the other boys in my class,” Vargas described.

At the time, Vargas went to a private Catholic school where he dealt with a lot of misconceptions about the LGBTQ+ community on the basis of religion.

“I had the Church telling me all these things about people like me that I knew for a fact was incorrect,” Vargas explained. “For example, I remember my religion teacher once told my class that being born gay was like being born with Down’s Syndrome. While that still greatly upsets me to this day because it’s overtly disgusting and incorrect, it never made me question my self-worth or dignity as a gay person.”

Another student, senior Emily Zuehlke (She/Her) also dealt with a lot of misconceptions when she came out, only unlike Vargas, she deals with misconceptions from the majority of people. Zuehlke identifies as asexual, meaning she feels no sexual attraction to any gender whatsoever. Zuehlke remembers the moment she realized she was asexual.

“My whole life I just never was sexually attracted to anybody and I just thought, ‘Oh, once I hit puberty,’ [but it] never came,” Zuehlke described. “And then I just remember one day I was scrolling through Instagram and I came across an LGBTQ+ account and they posted art of this person with an asexual flag, and I was trying to educate myself on what the flags were and I searched [the flag] and it just like automatically clicked with me. I knew right away, ‘Oh, yeah, that’s what I am.’”

Once she figured out who she was, Zuehlke struggled with when she should come out due to the general public’s lack of knowledge regarding asexuality.

“I was very scared that people were going to be like, ‘Oh, that’s not a thing,’ or they were not going to understand it,” Zuehlke explained. “Once I came out, [I] had to constantly explain what it meant to every single person I met. And [when] I came out to my mom and I told her multiple times what it is, she still didn’t fully understand it. Then I came out to my dad and he laughed in my face and was like, ‘That’s not a thing.’”

Likewise, Vargas also struggled with coming out to other people, especially his father, due to predetermined perceptions of the LGBTQ+ community.

“I didn’t come out to [my dad] until I was 15 because unfortunately I had to mentally prepare myself for the idea that he might disown me because he’s pretty religious,” Vargas said. “Thankfully that didn’t happen, but 15-year-olds shouldn’t have to worry if their parents will stop loving them.”

However, Vargas has said that even though coming out may be difficult, it has made his life so much easier.

“While my religion teacher was awful, she did say something true about [LGBTQ+] people that I think about a lot, which is that their crosses that they carry (meaning the load that gay people have to deal with throughout their lives) are extremely heavy,” Vargas stated. “Some days I feel so absolutely crushed by all of the heteronormative expectations pressed upon me by my family and society that I’d rather just lie on the floor than keep going.”

“But let me tell you, the first time I came out, it felt like for once in my life, my burdens got lighter. This pressure that had been building on me for years had finally eased up a little. It felt glorious. And while my load has gotten heavier over the years, it has become easier and easier to carry with each coming out. I live for the day that I can finally stretch my back, relax, and not feel pressured by anybody to live a certain way.” 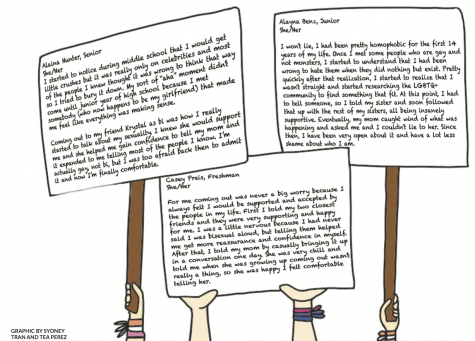 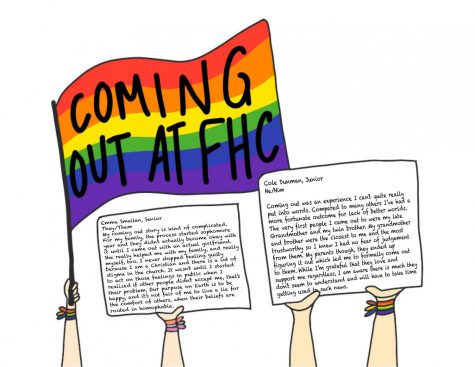